Dr Mercille, who holds the Canadian nationality, is Lecturer at the School of Geography, Planning & Environmental Policy of the University College Dublin. Before receiving his PhD in geography from UCLA (Los Angeles, USA) in 2007, he obtained an MA in geography from the University of Kentucky (USA) and a BA in International Development Studies from McGill University (Montreal, Canada).

His new book “Cruel Harvest. US Intervention in the Afghan Drug Trade” is due later this year. 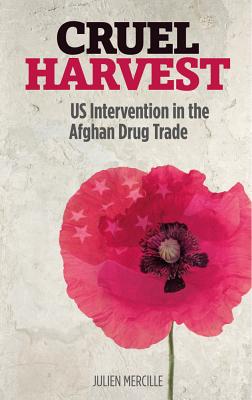 Relatively late because my academic background was not in geopolitics until I got to the PhD level. This is approximately when I started reading formally on the subject.

US foreign policy has been my focus for the last few years, in particular 9-11, terrorism, the wars in Afghanistan and Iraq, and the Iranian nuclear question.

I chose those topics because at the time and still today they were/are important internationally and occupy an important place on the news.

I would say it has been to bring a critical/radical political economy perspective to it. Over the last few years, the trend has been more towards cultural and discursive approaches, and my work has sought to present a more political economic take.

Also, my book “Cruel Harvest” on Afghanistan, drugs and the United States makes an important contribution to our understanding of ‘wars on drugs’ and the relationship between drugs and US foreign policy.

The book argues that the United States (and the West in general) shares a good part of responsibility for the expansion of the drug trade in Afghanistan, for example by supporting some of the biggest drug traffickers in the country.

That’s a difficult one: definitions are never perfect and always leave something out, etc.!

Within the formal field of geopolitics, I like John Agnew’s work because it is concerned with the ‘big questions’ and because it is multi-disciplinary in approach.

Within the field of geopolitics in a broader sense, I like David Harvey’s work, which brings a good radical political economy perspective to the subject matter.

I also read a lot of authors who would not belong to the discipline of geography or geopolitics formally, but address the same substantive issues, people like Chalmers Johnson, Robert Fisk and others.

As mentioned above, I like John Agnew’s work in general, maybe his “Mastering Space” is the one I liked the most; Robert Fisk’s books are good too.

Apart from this one, I read a lot of news online, including standard newspapers from the Guardian to the Wall Street Journal, and ‘alternative news’ websites like Juan Cole’s Informed Comment, Truthout and Inter Press Service. 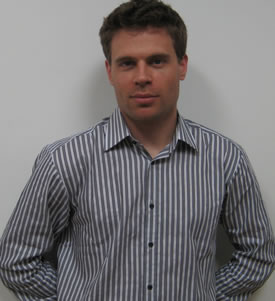 I think it’s going to move away slightly from discourse and cultural analysis as it went pretty far in that direction over the last years. Hopefully it will move more toward political economy, because it explains so much of the world we live in.

The global financial and economic crisis.

Reducing inequality and strengthening social movements such as the Occupy movement and the Arab Spring.