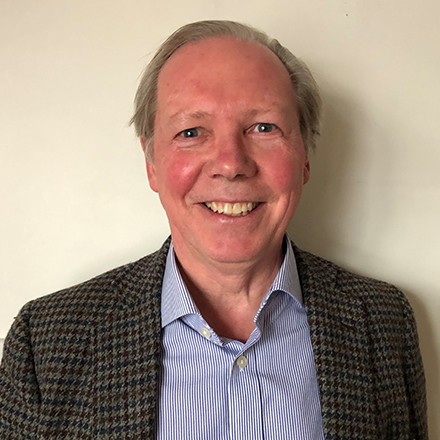 Claude Rakisits is a Honorary Associate Professor at both the Australian National University (Canberra) and Deakin University (Melbourne). He is an Associate with the School of Foreign Service at Georgetown University in Washington DC as well.

Dr Rakisits also has had almost 20 years of experience in the Australian public sector, including in the Departments of Defence, Foreign Affairs and Trade, and the Prime Minister and Cabinet.

He is specialized in Pakistan and South Asia, as well as in geopolitics of Indian Ocean, Middle East and Africa.

As an appetizer, a key observation in “Geopolitics of Indian Ocean and China’s Belt and Road Initiative”:

The 2020s will be a decade of intense rivalry between great and regional powers in the western Indian Ocean.

Dr Leonhardt van Efferink founded ExploringGeopolitics in 2009. Since then, the website has published over 200 contributions by more than 130 scholars. To celebrate its 10-year anniversary, ExploringGeopolitics has invited its contributors to reflect on geopolitical trends in the 21st century. Two questions play a central role. What was the main trend in the 2010s? And what will be the most important trend in the 2020s?

A notable geopolitical trend in the western Indian Ocean in the 2010s was the steady increase in China’s economic and military presence in that critical geostrategic space.

The single most important factor which has allowed China to increase exponentially its strategic footprint in the western Indian Ocean is the development of the China-Pakistan Economic Corridor , a massive US$ 60 billion, multi-purpose project which includes the construction of roads, railroads, oil and gas pipelines and solar power stations, and the development of the deep-sea port of Gwadar, including its adjoining airport.

This 15-year project, which started in 2015, will link by road and rail western China to the Indian Ocean, effectively making China a two-ocean nation. The China-Pakistan Economic Corridor is the jewel in China’s Belt and Road Initiative crown.

The China-Pakistan Economic Corridor will make China a two-ocean nation and is the jewel in China’s Belt and Road Initiative crown.

Besides the commercial port of Gwadar—where it has 40 years operating rights, China has a military base in Djibouti since August 2017 and it has a 99-year lease for the port of Hambantota in Sri Lanka, which has potential to service naval ships. But more worrying as far as the Chinese militarization of the Indian Ocean is concerned is the construction of a joint naval and air base in Jiwani, Pakistan, about 80 kilometres west of Gwadar.

This would be China’s second foreign military base. It would also be located at the mouth of the Gulf of Oman, the strategic entrance to the Persian Gulf. Put differently, Pakistan has been a force multiplier for China in the Indian Ocean.

Pakistan has been a force multiplier for China in the Indian Ocean.

Looking ahead to the 2020s, we can assume a consolidation of China’s presence in that part of the Indian Ocean. And one factor which will assist it to do so is the development of the Iranian port of Chabahar on the Arabian Sea. Chabahar (about 175 Km west of Gwadar) was inaugurated in December 2017 and one of its major external stake holders is India which agreed in 2016 to invest US$ 500 million in its development and US$2 billion in the construction of a rail link from Chabahar to the Afghan border.

This is now all in doubt. The punishing US sanctions against Iran have put a big question mark on India’s continued involvement in this project.

The punishing US sanctions against Iran have put a big question mark on India’s continued involvement in the development of the Iranian port of Chabahar on the Arabian Sea.

This is where China comes in. Beijing would like to include Chabahar in its China-Pakistan Economic Corridor project.

Importantly, a Chabahar-Gwadar association could potentially transform these two ports into a formidable commercial hub. Beijing’s involvement in Chabahar would help China project itself into Central Asia and Afghanistan, where it has about US$ 2 billion in investment. So, all in all, given India’s wobbly long-term commitment to Chabahar, Iran will probably turn to China as its new strategic trade partner.

Beijing would like to include Chabahar in its China-Pakistan Economic Corridor project. Importantly, a Chabahar-Gwadar association could potentially transform these two ports into a formidable commercial hub.

So, all in all, we can expect in the 2020s a larger Chinese commercial and military footprint in the western Indian Ocean. This will have far-reaching geo-strategic ramifications for the future stability of the region, including putting further pressure on the US to increase its naval presence in that space.

It will also create further tension with India, restricting its ability to break out into the Indian Ocean. So we can expect the 2020s to be a decade of intense rivalry between great and regional powers in the western Indian Ocean.

This site uses Akismet to reduce spam. Learn how your comment data is processed.