He further worked as Media Analyst in the German Embassy (Washington, DC). His main research interests include territorial dynamics of European enlargement and integration, energy and geopolitics in Eurasia and winners and losers of globalization and sustainability.

At age nineteen or twenty I took classes at the University of Kansas from Leslie Dienes on the ‘geography of energy’ and another from Bob McColl on East Asia.

I suppose it was around that time that I began to appreciate the traditional topic areas of something called ‘geopolitics,’ though at the time I thought I was more interested in cultural-historical geography as it was practiced by Pete Shortridge at Kansas. I still have a lot of time for that sort of geography.

The greatest geopolitical influence early on was a seminar I took from Gregor Schöllgen during a wonderful post-baccalaureate year at the University of Erlangen in Germany.

Schöllgen is a well-known German historian of the realist school whose early work focused on Germany’s historical role in Europe by virtue of its Mittellage (central position).

I was definitely out of my league in there—bumbling in a foreign language, totally ill-equipped to contribute anything of substance to the heated discussions on geography and foreign policy between the professor who saw a role for German military power in Europe and the leftist students who wanted nothing to do with hard power (mind you this was on the eve of the Kosovo war).

It was nevertheless an eye-opening intellectual experience and gave me a sense of some of the interesting questions you can ask in geopolitics, and how political geopolitics can be.

The one common thread through most of my work is European integration, including the geopolitical assumptions and understandings that accompany it.

The three main topic areas have been transboundary regionalism, borders, and most recently energy and pipelines. I joke to my students that I started as a Germanist but my interests keep shifting eastward.

But this shift in my own research reflects the renewed interest of the European Union and member states in points eastward as sources both of threats (e.g. illicit humans, illicit drugs) and opportunities (e.g. as sources of hydrocarbons).

In addition to looking at the wide-ranging material consequences of this recent trend, I find the instinctive nod to classical geopolitical tropes in framing the non-EU East fascinating. 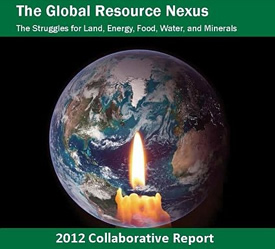 I appreciate that this is a stock question asked of everyone, but I’ll politely refuse to answer and instead say that I am anxious to see reactions to a couple of book projects in the pipeline.

One, appropriately, is on pipelines, specifically natural gas pipelines in Eurasia. In it I appropriate some great work by Simon Marvin and Stephen Graham and others on networked infrastructure in cities and attempt to apply it at a larger scale.

A simple map of gas pipelines is a very revealing indicator of the networked interconnectivity and political and economic interdependence across Eurasian space, and it helps to explain in part why so many recent observers have found inspiration in the writings of old school geopoliticians.

A preview of the argument is in a piece I wrote with Matt Derrick (“A Splintered Heartland: Russia, Europe, and the Geopolitics of Networked Energy Infrastructure”, Geopolitics, forthcoming).

A piece I wrote with my PhD advisor Alec Murphy in 2004, “German geopolitics in transition”, is probably the most widely read piece.

I find how the word is used more interesting than any single definition.

I am just back to my university job after a year in a think tank in Washington, DC, and it struck me while there that anytime there were territorial and legal ambiguities in describing or arguing for or against the exercise of state power, it (a talk, a paper, a report, a speech) could become explicitly about ‘geopolitics.’

I say that “it struck me”, but of course I was filtering everything that I heard and read through the lens of my own reading of critical geopolitics literature.

Then there were those whose intent appeared to be to add a layer of mystical intrigue to a topic, no matter how mundane. I have probably been guilty of that. My experience in Washington, somewhat closer to the mouth of the beast than I am accustomed, underscored for me that the elasticity of the term ‘geopolitics’ is precisely what makes it so interesting.

For quality of scholarship, moral character, or interesting personality?

For consistently thoughtful and thought-provoking work, I tip my hat to John Agnew.

There have been some very colorful geopolitical scientists in the past with whom I would love to have a conversation, and Fernand Braudel would be close to the top of that list. I suspect he would not have labeled himself a scholar of geopolitics, though.

I have a copy of Friedrich Ratzel’s “Politische Geographie” that I take off the shelf every so often and re-read a few pages at a time.

It is great both for the absolute conviction with which he explains the world and the mind-boggling amount of information about the world he synthesized. This was pre-air travel and pre-Wikipedia, very humbling indeed.

Reading it with an early 21st century geographical socialization, there are passages of absolute brilliance interspersed with some real squirm-inducing parts.

Besides Wikipedia? Definitely this one.

I have just finished work on a collaborative project on the ‘global resource nexus’. I think this work has convinced me that the demand for resources against the backdrop of climate change and biodiversity loss will continue to occupy us well into the future. This will have implications not only for territory but also for seas, ice caps, and atmosphere—perhaps even outer space.

Overconsumption. We know plenty about how much we consume, and how this is likely to increase in the future, but there is a geopolitics of overconsumption that merits much more attention.

I think the above answers capture more or less my thoughts on this.