His work focuses upon development and political geography, with an emphasis on Southern Africa, and has been published in a range of geography, anthropology, education and area studies journals.

Although I didn’t realise it at the time, I was aware of geopolitics from a young age from trying to understand Steve Bell’s cartoons in The Guardian as a child.

I became aware of the field as an academic area when I was an undergraduate student but only really engaged with geopolitics seriously while I was a post-doc in South Africa when the work of South African cartoonist Jonathan Zapiro was causing tremendous controversy in 2008. The debates around domestic politics and international relations stirred up by Zaprio’s work acted as a catalyst to my interests in critical geopolitics.

My own work focuses on citizenship and geopolitics in southern Africa, largely focussed upon critical and popular geopolitics and understandings of resistance and dissent. This focus stems from an area studies training (PhD in African Studies at the University of Edinburgh) and a broader concern with critically understanding the everyday in politics and international relations.

While a range of scholars have addressed such concerns in Europe and North America, relatively little attention has been paid to the geopolitics of the Global South. My own interests are with how people understand the geographies of politics in everyday life, and cartoons and other products – as well as the reactions and responses they generate – provide a fascinating way to address these concerns.

I hope that my work on geopolitics, citizenship and resistance in southern Africa extends interest in the field into previously under-considered regions.

More importantly, for me, is the critical awareness raised in my students during the lectures on geopolitics and the ways in which some of them become more critical thinkers and question the ways in which knowledge and understanding of people, places and international relations are constructed around them.

I would say that my favourite (attempted) definition of geopolitics comes from one of my second year students at the start of the first geopolitics lecture when they asked, “What is geopolitics? Is it just like the geography of politics?”

It may not be the most nuanced definition ever put forward, but provides a wonderful starting point to engage students with the role of physical and representational space in political relations and the everyday enmeshing of politics and geography.

A number of names come to mind: Gerard Toal for his pioneering work in the field of critical geopolitics and continued production of detailed but accessible texts.

But I would also mention Klaus Dodds here – not only for the range and number of publications and development of the critical geopolitics field, but also for his support for young scholars and the accessibility of his writing which means students are able to engage with the field with relative ease.

While it is difficult to single out any particular text, David Slater’s “Geopolitics and the Post-Colonial” remains a key text that seeks to link geopolitical theories and concerns with the Global South.

While I am not a techno-phile, and for many years mocked social media and micro-blogging, I confess that I find Twitter a fascinating site through which to track emergent ideas, topics, concerns and trends in popular understandings of and engagements with geopolitics. 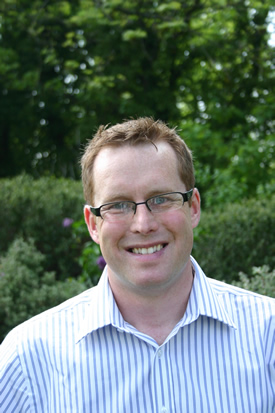 In recent years a number of key journals and thinkers have pushed for a de-centring of geopolitical thinking (and of political geography more broadly) away from the Euro-American/Anglo-American core and I expect this to continue.

The rising political and economic power of China and India will also drive some changes in empirical and theoretical concerns – hopefully not in a reworking of Huntington’s “Clash of civilisations” thinking but in a more critical set of engagements with shifting power relations and the everyday geographies of politics.

Geopolitics is such a diverse field that there are many areas of study that would benefit from further work.

There has been, in general, too little work in geopolitics on the Global South – topics from the growing power of the BRICS through to international military interest in and incursions into Africa through to critical geopolitical understandings of resistance and civil society need further attention.

Pick one from a range: growing conflict over resources including the mineral-energy complex but more pressingly water (and the outcomes of global climate change), comparative shifts in geopolitical power, and diversification of engagements with and expressions of citizenship and resistance on numerous scales and through various media and practices.