Sören Scholvin is a research fellow at the Institute of Economic and Cultural Geography at the University of Hanover, Germany. Dr Scholvin is also an associated researcher at the German Institute of Global and Area Studies. His research focuses on the geopolitics of emerging powers, and regional cooperation on energy and transport in Sub-Saharan Africa and South America.

In his new book “The Geopolitics of Regional Power Geography, Economics and Politics in Southern Africa” (published in Ashgate’s series on ‘The International Political Economy of New Regionalisms’), dr Scholvin advances Realist Geopolitics as a revitalised version the classical approaches coined by Halford Mackinder and Nicholas Spykman. In this interview, he explains what his book contributes to the geopolitical debate.

In “The Geopolitics of Regional Power” I explain how geographical factors – that is, naturally given and man-made structures in geographical space – influence the economic and political relations in Southern Africa. I advance a realist perspective in Geopolitics and show, by applying Process Tracing and Qualitative Comparative Analysis as methodologies, that we can learn a lot about international relations by concentrating on their material context.

The guiding question of my book is whether geographical factors matter in international relations and how so. The starting point of this research project was the mostly political scientific debate on regional powers such as Brazil, India and South Africa – states that are said to be hegemons on the regional level. Yet political scientists have never tried to delineate the regions or spheres of influence of these states, which is certainly due to the neglect of a geographical perspective in Political Science.

I hence ask what South Africa’s sphere of influence actually is. As a consequence I show how we can capture the interplay of geographical conditions and factors usually analysed by political scientists, for example foreign policy strategies. This way I also answer the question of how to revitalise Geopolitics without falling into the trap of geodeterminism.

I refer to the works of Halford Mackinder, Nicholas Spykman and, to a lesser extent, James Fairgrieve, summarising the factors they focussed on in their research. Then I respond to the constructivist critique of Classical Geopolitics and provide an overview of contemporary research that one may call ‘physiocratic’ – Jared Diamond’s anthropological studies and the contributions on geography and economic development by Jeffrey Sachs and his colleagues, for instance.

This is how I revive a realist approach in Geopolitics. I call this approach ‘Realist Geopolitics’. Its main feature is that it recognises that geographical conditions rarely explain anything on their own. They almost always interact with social variables. 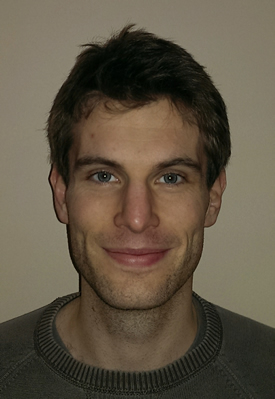 In addition to showing how geographical factors matter in international relations a key finding of “The Geopolitics of Regional Power” is that the regional level is highly relevant to South Africa.

Key economic needs such as the supply of urgently needed electricity can be met by regional cooperation. Security threats to South Africa first of all originate within the region – for example economic and political instability in neighbouring Zimbabwe.

In this regard Realist Geopolitics helps to explain why South Africa pursues a different approach to authoritarian rule in Zimbabwe than the West: whilst the latter can safely indulge in human rights rhetoric and harsh criticism of the Mugabe government, South Africa would suffer massively if it took such an approach.

My book contributes to political scientific research on South Africa’s foreign policy as it explains South Africa’s regional relations from a viewpoint that has been neglected so far. It also advances research on regional powers. The analytical concept that I develop can – with certain modifications – be applied meaningfully to states such as Brazil and India.

What matters most to me however is that “The Geopolitics of Regional Power” shows that geographers and political scientists can gain a lot from a materialist perspective on international relations.

I wrote the book whilst working at the German Institute of Global and Area Studies, an institute that has a particular strength in political scientific research on regional powers from the Global South. Being one of the few geographers at that institute, I wanted to introduce a new perspective on one of my colleagues’ main research topics. 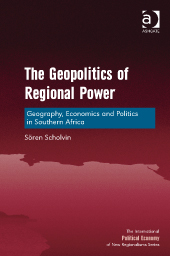 No theory can explain everything. Realist Geopolitics only deals with a frame that geographical factors set for international relations. This frame indicates which strategies are feasible, in the sense that they can be carried out with a high probability of success ensuing.

It would be worthwhile to examine state-level decision-making processes so as to shed light on how decision makers reflect on geographical conditions and transform their understanding of geographical conditions into policies. For this purpose cognitive maps, based on expert interviews, could be introduced as a new methodology into Geopolitics.

To find out more about “The Geopolitics of Regional Power – Geography, Economics and Politics in Southern Africa”, please click here for publisher’s page of the book