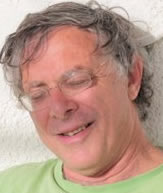 Dr. Gideon Biger (Jerusalem, 1945) holds the Israeli nationality and obtained his PhD in historical geography at the Hebrew University (Jerusalem) in 1979. He is currently professor in the department of geography and human environment at Tel Aviv university.

Mr. Biger’s areas of interest include historical geography, history of modern Israel and political geography. Moreover, he is an expert in international and national boundaries.

This interview focuses on his latest book, “The Boundaries of Modern Palestine, 1840-1947” (Routledge, 2004). Mr Biger addresses the role of both actors (such as United States) and factors (including water scarcity) during the boundary delimitation process.

Actors in boundary delimitation process of Palestine during 1840-1947

What were the main motives and ambitions of Great Britain and France in the boundary delimitation process?

France was only a minor agent in this process. It was only involved in establishing the boundary between Palestine on one side and Syria and Lebanon (under their mandatory regime) on the other side. The French just tried to have the best boundary for their area.

Britain, influenced by the Zionist Organization, tried to have the best boundary line in which the Zionist will be able to establish an independence state based on local resources. Thus, Britain tried to have as much area in the north’ in order to let Palestine as much water it needed, thus having a boundary line in the south in order to have an access to the Red Sea and the Indian Ocean. Even though, Britain wanted to establish an Arab state in the East of the Jordan river, thus placed the boundary line of Palestine on the River Jordan.

How much influence did the Ottoman Empire have on this process?

The Ottomans, who ruled the area which later became Palestine from 1516 to 1918, were involved only in the first stage. Israel’s current border with Egypt used to be the administrative separating line between Sinai and the provinces of Jerusalem and Hejaz established by an agreement between Egypt (then ruled by Britain) and the Ottoman Empire in 1906. At that time Palestine was not important to both sides and the Rafa-Taba boundary line was established in order to keep the Turks far from the Suez Canal.

What was the position of the United States during the boundary delimitation process?

The United States was not involved in any stage at that period in the delimitation of Palestine’s boundaries.

Eventually, the United States accepted (never officially) the so-called “Green Line” (the armistice line of 1950 between Jews and Arabs) as the limit of Israel. Moreover, the United States never recognized Jerusalem as capital of Israel and the inclusion of Golan Heights and larger Jerusalem into Israel.

Isaiah Bowman wrote in 1921 that “It was natural to select Great Britain as the [mandatory power of Palestine]”. To what extent are the findings of your book “The Boundaries of Modern Palestine, 1840-1947” in line with this statement?

It is go with it, showing that in order to have a Mandatory Power with the aim of helping the local people and the Jews entering to Palestine, they need to have an understanding Power which established suitable boundaries for Palestine.

Factors in boundary delimitation process of Palestine during 1840-1947

What were the main options for the boundary delimitation of Palestine that the involved powers had considered?

As Palestine never existed as a defined area in the period up to World War I, any definition could been adopted. The Zionists asked for a larger area, including thwe Litani River of Lebanon, a line parallel to the railway line east of the Jordan river. France asked for a line in the north running from the Sea of Galilee to the Mediterranean Sea.

How strong was the impact of local preferences on the border delimitation process?

The final northern line was established as to leave most of the Villagers land in the country where the village was left. Hydro-Electric plan established a line in which all the Jordan River and the Sea of Galilee were left in Palestine

The Palestinians were not involved in the process of delimitating the first boundaries of Modern Palestine in the 1920s. During that period the Arab side was presented by the Emir Faisal, who claimed for a united Arab Middle East under his regime. The Palestinians demanded that the whole area of Palestine should become an Arab independent state and rejected any attempts to divide the area of Palestine between them and the Jews.

To what extent was water scarcity an issue during this process?

“Water scarcity was the main argument in establishing the final boundary between British Palestine and French Syria.”

Water scarcity was the main argument in establishing the final boundary between British Palestine and French Syria.

Britain aimed to provide the future Jewish State with an economic potential in Palestine. Palestine obtained the Jordan River, the Sea of Galilee, and Lake Hula, providing Palestine the water needed for irrigated modern agricultural land.

Britain further tried to create a need for cooperation between the Jewish and the Arab States by dividing the Jordan River and the Dead Sea between them, forcing cooperation in using the shared water.

Which factors dominated the discussions about the partition plans during 1935-1947?

Mainly the location of the Jewish and the Arab population and settlement in 1947 Palestine, and the future Jewish immigration to independent Jewish State.

Gideon Biger: Palestine’s history and origin of the borders
Tagged on: Biger-Gideon