Dr Verluise further works as Lecturer in Political Geography at the Magistère des Relations Internationales et Action à l’Étranger (MRIAE) of Université Paris I, Sorbonne. Finally, he founded the seminar on European geopolitics at the École de Guerre and is Distinguished Professor of Geopolitics at Grenoble École de Management (GEM). 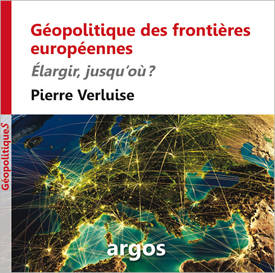 The book aims at explaining the geopolitics of the borders of the European Union.
Because the geopolitical configuration of geographical Europe is no longer that of the Cold War, the enlarged European Union contemplates pushing its borders further outwards, with the accession of new member states. It is important to know which ones.

The accession of Croatia on July 1st 2013 brought the EU even closer to the Western Balkans. It is important to understand how the EU sees its relations with its eastern neighbourhood, after having integrated countries formerly under Soviet domination in 2004 and 2007. Finally, because the world is not limited to the (global) North, it is necessary to consider the EU’s relations with the South.

2. What are the central questions of this book?

This book offers clear and concise answers to the following questions:

The research is based on official documents, Eurostat statistics, interviews with experts and field trips.

The book concludes that it is probably time to question the borders of the European Union if one does not intend to break the contract of confidence between citizens and the EU. Political will one day be stopped by the hard reality. It is not enough to snap your fingers to remove corruption and organized crime in the Western Balkans. The case of Hungary – that joined the EU in 2004 – shows that six years later the country went into a dynamic which moves it away from the Community Treaties. However, since 2010, the EU failed to get Hungary back on the right track. 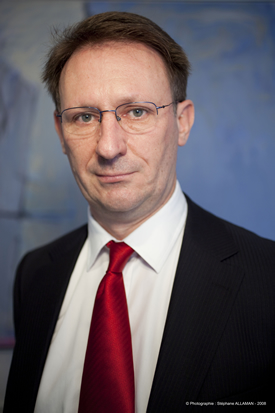 In France, Michel Foucher and Stéphane Rosière each in their own way have contributed to the analysis of borders, but none of them centered their exploration on the European Union. Moreover, my approach does probably more to bridge the gap between research and the general public.

This book bridges the gap between my two successive main areas of research: the former Soviet Union and the European Union. And it opens a new destination: the southern borders.

Regarding candidate countries, I would suggest research into the actual integration of European norms and values in relation to the burdens inherited from the past, including notably the Balkan Wars.

For the Eastern borders, I suggest to question notably the Russian game behind the Ukrainian game regarding the EU. Contrary to a simplistic binary representation, I think that some Russian interests – particularly economic but also strategic ones – would benefit from some form of EU-Ukraine rapprochement. Therefore there would be an alliance “against nature” between Poland and Russia on this subject, because Poland considers that Western Ukraine is an area that is close to its heart and because Russia’s interest is to develop Ukraine – EU trade relations since the Russians hold a significant share of the economic activity in Ukraine. In addition, strategically, Russia is trying since the mid-1980s to cling to the European Community, by various methods.

For the Mediterranean borders, it would be appropriate to study how migration issues could be the object of positive synergies, rather than a source of tension instrumentalised by various sides. On the other hand we must not lose sight of the fact that economic development is primarily an endogenous process.

Special thanks to Virginie Mamadouh (University of Amsterdam) who translated the answers from French to English.

Pierre Verluise: Geopolitics of the EU Borders – Enlargement, how far?
Tagged on: Verluise-Pierre