Arthur Asa Berger is Professor Emeritus of Broadcast and Electronic Communication at San Francisco State University, where he taught from 1965 to 2003. He has published more than 100 articles and close to 70 books on media, popular culture, humor and tourism. His books have been translated into eight languages and fourteen of his books have been translated into Chinese. His book “Bloom’s Morning” was translated into German a number of years ago. Among his books are a number of darkly comic academic murder mysteries such as “The Hamlet Case”, “Durkheim is Dead”, and “Mistake in Identity”.

For more information, please have a look at this article by Professor Berger.

There are two parts to the book. The first part has a chapter on topics and issues relevant to the study of tourism (such as national styles of tourism, a typology of the different kinds of tourism and controversies in scholarly tourism analysis), a chapter on using semiotics (and cultural studies) to analyse tourism, and then chapters on some of our most important global iconic buildings and tourist destinations, such as the Taj Mahal, Disneyland, Bali, the Eiffel Tower, The Great Pyramid in Egypt, Antartica, The Great Wall of China, and Angkor Wat. I have been to all the sites I deal with except for the Las Vegas Strip, the Guggenheim Museum in Bilbao, Brasilia, and the Potala Palace in Tibet.

“Theorizing Tourism” is similar in nature to an earlier book I wrote, “Understanding American Icons”, except that I focus on global icons rather than American ones. In each of the chapters on the iconic building and places I analyse the semiotic, social, economic, political and cultural significance and impact of the icons and the role they play in the tourism industry. Most of the iconic buildings and places I analyse are UNESCO World Heritage Sites. Being a UNESCO World Heritage Site confers prestige on a tourist destination and generally leads to a growth in the number of tourists who visit these sites. I’m also interested in whether tourism is a positive force for the places where the iconic sites are located or has negative consequences that outweigh its benefits. 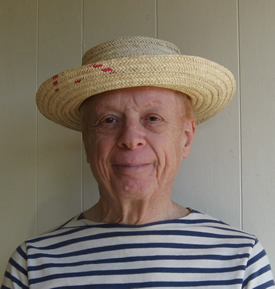 One way I have dealt with my iconic sites is to use my impressions of the sites that I’ve visited and notes I’ve made in my travel journals about these places. I also make use of material written by others that help me analyse the sites and I have many quotations from scholars, writers and others that are relevant to my concerns: they either deal with theoretical concerns or with interesting aspects of the sites. Thus, for example, I make use of descriptions by UNESCO of some of the World Heritage Sites, I quote Roland Barthes’ Marxist-semiotic analysis of the Eiffel Tower, Jean-François Lyotard on postmodernism in my discussion of the Guggenheim Museum in Bilbao, and Jean Baudrillard’s writings about Disneyland.

Tourism provides many gratifications for tourists, who are eager to actually see places of historical interest. There are many different kinds of tourists (such as heritage tourism, sex tourism, sports tourism, drug tourism, gastronomic tourism, and medical tourism) and different sites provide different gratifications for the tourists who visit them. I adapted ‘Uses and Gratifications’ theory from sociology and have applied it to my iconic sites. These sites, from a semiotic perspective, are all collections of signs and analysing these signs provides interesting perspectives on these sites.

There are many books that deal with ‘what to see’ at tourist sites, but my book is unique in that it analyses some of our most important sites and deals with ‘what the sites mean’ from a multi-disciplinary, cultural studies perspective.

I have used a cultural studies approach to deal with media and mass-mediated texts over the years, in books such as “Media Analysis Techniques” and “Ads, Fads and Consumer Culture”. I have used this approach, based on semiotics and related disciplines, to deal with tourism in a number of countries in books such as “Vietnam Tourism”, “Thailand Tourism”, “Bali Tourism” and a book on theoretical concerns relating to tourism, “Deconstructive Travel”.

Visit some of the iconic places and see what you think. And read works by tourism writers and scholars to see what they have to say.