Dr Nathalène Reynolds is Associate at the Pakistan Security Research Unit of Durham University and member of the Banque d’Experts at the Réseau de recherche sur les opérations de paix (ROP) of the Université de Montréal.

The way I see it is that Malala Yousafzai’s Nobel Prize for Peace has been instrumentalised both in Pakistan and in the West, to the detriment of a genuine examination of girls’ access to education.

Pakistan in the Aftermath of the Attacks of September 11th 2001

Before addressing the construction of the Malala Yousafzai phenomenon, it is important to briefly look at some of the changes in international relations that followed 9/11. Washington’s response to those attacks is well-known: backed by numerous Western capitals1, in the aftermath of the attacks on US soil, it chose to launch Operation Enduring Freedom in Afghanistan (October 2001). In similar vein, the White House enjoined a reluctant Pakistan to join the ‘war on terror’. The government of President General Pervez Musharraf was obliged to give up a concept that the state had long judged crucial to its defense: that of ‘strategic depth’.

The territory of Afghanistan had in effect been a testing ground for this since the coming to power of the Taliban regime in Kabul on September 27th 1996. The Islamic Republic of Pakistan thus considered that it had achieved its goal of establishing a hinterland in its Afghan neighbour that could play a vital role in the event of a new conflict with India. Conscious of the need to satisfy an American ally that was seeking – in addition to various other geostrategic goals – to eradicate Osama Ben Laden and Al Qaeda, Pakistan bowed to what looked very much like a demand. At least it pretended to have abandoned the Afghan Taliban movement, even though it allowed a number of its most prominent leaders to re-group in the Pashtoon tribal zones within Pakistan.

Seeking to regain the position it had earlier occupied, in parallel it promoted the creation (or was it already rather the strengthening?) of a national Taliban movement. The latter, through bloody attacks targeting the Pakistani civilians, was by 2006 in a position to try to assert its claim to take over the country2. The military-political leadership of the state, trying in a sense to save the future, made a fine distinction. ‘Bad’ Taliban, responsible for attacks in Pakistan, were to be eliminated, while ‘good’ Taliban, those defending Afghanistan against foreign invaders, would help Pakistan regain influence once the foreign troops in Afghanistan had gone home.

On the Rise of the Politics of Gender in International Relations

An important dimension to the transformation of global affairs at the start of the Twenty-First Century is that of the instrumentalisation of discourse around the condition of women in the Islamic world. The West, choosing a theme around which it could rally its members, omitted nuance in a definition that smacked of a new civilizing mission, a resumption of assuming the ‘White Man’s Burden’. This was less illustrative of an ignorance of the varying status of Muslim women, than of a conscious choice to construct a discourse that could rally western public opinion. It thus deemed itself justified in employing what it described as a novel military strategy, predicated on minimising the loss of life of the military forces making up the International Security Assistance Force (ISAF) that itself was backing up the US-led offensive operations. An enemy portrayed as barbarian permits the use of means that would be otherwise condemned.

The West, forgetful as to the relatively recent changes in the position of women within its own society, not to mention continuing gender inequality, was only too happy to lecture numerous developing countries, notably those of Muslim tradition. Its discourse included two key themes: the inexorable rise to near universality of the democratic political system, a slogan that came to the forefront following the collapse of the Soviet Bloc, and the necessity of improving the condition of women. This second call to action that accompanied the American intervention3 in Afghanistan was left unchallenged by Western media on a crucial point. It is nigh impossible to promote improvements to the condition of women when the great majority are subject to a grinding poverty. Even men, in theory the holders of power in any patriarchal system, lack the prospect of even modest social advancement. Moreover, it is almost inevitable that the living conditions of both men and, especially, women, tend to deteriorate in periods of armed conflict. 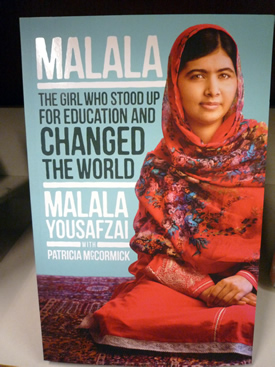 Still today, the United States does not hesitate to strike using drones against ‘high-value’ targets hiding within the civilian population in remote Pakistani villages. It argues that its strikes are only hitting terrorist targets, thus respecting the principle of distinction between military and civilian targets required by international humanitarian law.

Washington also prefers to describe innocent victims of drones as ‘collateral damage’, arguing that the scale of this is limited, and within the limits of the legal principle of ‘proportionality’4. The Islamic Republic of Pakistan remains, it should be recalled, a privileged ally of the United States. Indeed, the ambivalent position of the Islamic Republic of Pakistan towards these strikes is perplexing5. Islamabad, the political capital, and above all Rawalpindi, seat of the military headquarters, publicly condemn the use of drones, a practice that has been ongoing since 2004. Have they been unable to convey such a position to Washington? Or has the Pentagon obtained tacit consent?

Pakistani civil society, dominated by an elite that is by and large unaffected by such attacks, criticizes the killing of innocent victims (who may number some 2,3006). However, many of the same individuals appear quietly not unhappy at the elimination of extremists that threaten their existence7, or at least the continuation of their current way of life. They are confronted by a dilemma; they condemn western propaganda that – to simplify somewhat crudely – at least until the arrival in power of President Barack Obama on January 20th 2009 – tended to portray Islam as an obscurantist religion and Pakistan as the example par excellence of this. They challenge the depressing depiction by western media of the condition of women, underlining rather the diversity of how Pakistani women – and men – live. However, a plethora of NGOs (who take up the slogan of ‘female empowerment’ dear to many in the West) have no hesitation to accept western project funding that continues to flow into the Islamic Republic of Pakistan.

A country marked by the long period that followed the launching of Operation Enduring Freedom could not but be divided over the reputation build up by Malala Yousafzai. First of all, Pakistan was incensed that this courageous adolescent, who defended the right of young girls to go to school, was the target of a despicable attack on October 9th 2012. This was a girl who had anonymously written a blog for the BBC Urdu service in which she related the problems of daily life while Swat was under the Taliban regime8. Pakistan, however, is home to many social workers who have not hesitated to put their own lives at risk by speaking up for human rights under threat from Islamist extremism. The fate of women, in such a context, is one of the great causes for concern for Pakistani civil society. This is an aspect that neither Malala Yousafzai nor her father, Ziauddin, chose to acknowledge, deliberately or not giving the impression that their struggle was unique.

Benefitting from the interest of governments, but also various sections of western civil society, the young woman was happy to accept a number of rewards and nominations. She can boast of the ultimate in recognition, the Nobel Prize for Peace, she received on October 10th 2014. Might she not have pointed out the West’s part in responsibility, from the Soviet invasion of Afghanistan in 1979 onwards, for the growth of a threatening Islamist fundamentalism that today seeks to achieve hegemony at the very least at the regional level? Her silence (along, of course, with that of many others) helps the West to boast of being the worthy heirs of the Enlightenment philosophy, in essence European – but also, implicitly, Christian, the values which should, it believes, guide the fate of humanity as a whole. The same West can also pride itself on the support it offers to exceptional Muslim women who dare to take up the fight against obscurantist customs.

(1) The expression ‘the West’ refers to a geopolitical construction (employed following the end of the Cold War) uniting the states of Western Europe and North America in a common foreign policy endeavor.
(2) There remains the issue of plans of a movement comprising multiple factions with little by way of a common programme beyond the implementation of Sharia that, following an interpretation of Koranic texts that many would question, refuses all rights to women.
(3) Desirous of being impartial, we employ the term ‘intervention’, preferring it to that of ‘invasion’.
(4) Many would question the US position as to whom drones have, in reality, killed, but there are very few, if any independent sources, to verify what has gone on in the tribal areas.
(5) The Pakistan Army, which has conducted numerous operations in the tribal areas, has paid a heavy price in terms of loss of personnel.
(6) Only 84 of 2,379 US drone attacks victims in Pakistan confirmed Al Qaeda militants – report, 20 October 2014, http://rt.com/news/197100-usa-drones-pakistan-killed/
(7) Such an assertion gives cause for thought, since the figures in the cited report suggest that the majority of those killed in drone attacks are innocent by-standers.
(8) On February 15th 2009, the provincial government of North-West Frontier Province, after negotiations with the Tehreek-e-Nafaz-e-Shariat-e-Mohammadi (TNSM, Movement for the Enforcement of Islamic Law), made the concession of pledging to introduce the enforcement of this movement’s very restrictive understanding of Sharia law in Malakand Division. However, at the start of May of the same year, the Pakistan Army launched Operation Rah-e-Rast (Black Thunderstrom) that aimed to re-take control from the TNSM of the Swat District of Malakand Division.

Nathalène Reynolds: Pakistan and the West’s Construction of the Malala Yousafzai Phenomenon
Tagged on: Reynolds-Nathalène