Dr Alexandre Vautravers (1956) was born in Madrid and holds the Swiss and EU nationality. He holds a PhD in Contemporary History (Hons, University of Lyon2) and in Social and Economic Sciences (Hons, University of Geneva). Currently, he is Head of the International Relations Department (Refugee and Migration Program) of Webster University in Geneva. Moreover, Mr. Vautravers is Editor of the Revue Militaire Suisse (RMS) and Commander of a Tank Battalion of the Swiss army.

Finally, he has been Scientific Director of Hepta.aero for many years now. Among his areas of expertise are commercial sea and air routes, the arms industry and technology transfer. 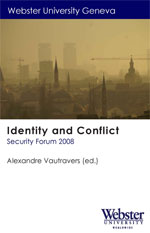 I was only 9 at the time of the Falklands war. But I remember distinctly rushing back from school at noontime to watch the news, and the pictures of the ships or aircraft of the British Task Force. Two things seemed surreal to me: first, fighting in/for such a remote place; and second, fighting with 40 year-old equipment and armaments. This seemed to go so much against the ambient and conventional discourse over the Cold war. More precisely, I heard the word “geopolitics” for the first time in the German and American newsreels of World War II, presented in a weekly Arte programme by French Historian Marc Ferro: “Histoire parallèle”. This was in the early 1990s.

Military history is a good start. In the long term, conclusions can be drawn about national interests, build-ups and strategies.

I have also been deeply interested in the evolution of the armament industry, technology transfer and arms trade, as a way to bind political and military might. Even recently, the efforts at uniting the European countries’ procurement agencies and contracts is a good indicator of the pace and objectives of European foreign policy. 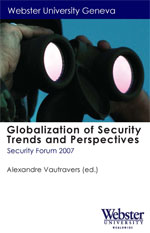 I have written a number of articles on the field, related to my courses, in particular on economic interests and commercial lanes (sea- and air- routes). In my original area of specialty, I have done substantial research on the arms industry and technology transfer. I believe that decisive links can be made between the arms trade and geopolitical interests.

But unlike the present post-modernist trend, I am cautious about definitions and labels. I see the interest of the field in the sense that so many different actors use it with different backgrounds and for different purposes. It tells us a lot about the present chaos of ideas, the desperate need for personification and sentiment of belonging to our traditions and Nation-states.

Some authors have been known to put together wonderful theories, but have demonstrated much difficulty, to say the least, in their application. I have always had considerable admiration for Martin Van Creveld and Alexandre Adler. They have shown courage and demonstration substantial innovation and insightful theories – in particular regarding the Middle East situation.

I am extremely preoccupied by the generalization of post-modernist theories. These tend to deconstruct history and historiography, so as to create substantial confusion. This creates historiographical “clutter” in which an Orwellian “politically correct” or “pensée unique” speech is allowed to develop. This dominant approach subdues reflections by loud generalizations and demagogue conclusions (Chomsky) or saps historical and political research through unrestricted relativism (Derrida).

Reflections on the “responsibility to protect,” “human security” or “clash of civilizations” are therefore generalized way beyond the scope of their research foundation. These models are all imperfect, but their authors hide or minimize their limitations. These theories make us more certain, and therefore less secure.

Fundamentalisms, such as Islamic terrorism, are products of the North. Western society, disinterested with research and looking for easy remedies and formulas, creates peril. 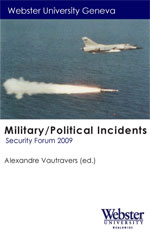 Human sciences suffer both from the “best seller syndrome” -where essays quickly become dogmas- and the “bookshelf syndrome” –where books are revered but not read or understood. The academic system has therefore become prone to both fashions and bypass.

Much research is going on about emerging powers, in particular China, yesterday the Middle East, today Latin America, tomorrow India and Pakistan. I would like to see less pessimistic analysis and more work on the notion of economic and political interdependence between the great powers, not to mention civil society.

Today, 30% of the world’s conflicts are over 30 years old. We also now have to come to terms with the fact that “peace” may not always be “fair.” The International community, international actors and the public opinion often fail to realize that one may exclude the other.

I would therefore say that a substantial and non-political effort in the area of conflict resolution is needed. We need to stop opposing “peace” vs “conflict” research. Let us be pragmatic and try to rebuild collective security mechanisms.

Today, even minor local or regional crisis have an international impact. Whether these crisis are natural, environmental, technical disasters, economic crisis or armed conflicts, all unfortunately have similar consequences. If we agree that most issues are international in scope, and that most if not all of the means of action are present in the national sphere, we have a problem. This is only exacerbated by the erosion of the Nation-state and national or supra-national governments, in which the consequences of post-modernism can obviously be felt.

As an optimist, I will say that there may be not one, but two solutions: the creation of an international governance/guidance, or the strengthening of national-level actors/governments. Considering that we are in an era of transition, and that everyone has an opinion between these two outcomes, my concern is that one should not be attained at the expense of the other.

Gertjan Dijkink: Geopolitical Knowledge 1 – the Netherlands, Bosnia and the language of power