Dr Claude Rakisits (1956) was born in Kinshasa, Democratic Republic of Congo and holds the Australian and Swiss nationality.

He holds a PhD in Political Science and a B.A (Hons) in International Relations.

Dr. Rakisits is specialized in Pakistan and Africa and currently works as Adjunct Professor in International Relations at Webster University (Geneva). He is also head of “Geopolitical Assessments”, an independent consultancy whose core business is to provide analysis and advice on international issues.

I suppose I discovered geopolitics (not that it was called that then) when I was doing my doctoral thesis in my late 20s. My thesis was on national integration in Pakistan, analysing the role of religion, ethnicity and the external environment in that process. This analysis required bringing together a number of factors that were inter-related and which had an impact on one another and on the integration (or disintegration) process of Pakistan. Geopolitics was an excellent analytical tool to examine this subject.

I have been interested in Pakistan for well over 25 years now. However, as I was also an international relations practitioner – I was in the Australian public service for almost 20 years – I was not always able to pay as much attention to it as I would have liked. The other main area of focus for me has been geopolitics in Africa and this for two reasons: on a personal level because I was born in the then Belgian Congo and lived in other parts of Africa subsequently; and, on a professional level, I was an intelligence and research analyst and policy officer on African issues when I worked in a number of federal departments in Canberra.

I believe my most important contribution has been my doctoral thesis which, quite uniquely, looked at domestic and external factors in the process of integration in Pakistan. Other studies which examined Pakistan tended to look at one or the other of these facets separately but never the two combined. This was somewhat odd, particularly given the importance of geography in the political development of Pakistan. 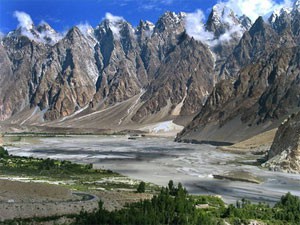 I define it as the integrated study of the interaction between a given state’s domestic factors (ethnicity, religion, population etc), external factors (bilateral and multilateral relations), its specific geography and the government’s policies. I have chosen that definition because it best explains countries’ behaviour, as no country exists in a geographic or political vacuum.

Having been a practitioner rather than an academic until recently, two of my favourite geopolitical scientists were also “high-stake” practitioners: Henry Kissinger and Zbigniew Brezezinski. Although they are both very different individuals, their application of realpolitik – a bit too raw for many – demonstrated the importance of geopolitics as a tool of analysis.

I tend to focus more on geopolitical-oriented journal articles because of the time sensitivity of the issues in question. Nevertheless, one of my favourite recent books is Dr Zbigniew Brezezinski’s The Grand Chessboard. And although 10 years old now, its analysis is still very current, confirming that good analysis remains permanent.

There are some excellent websites now available. But two I can recommend are Foreign Affairs and Lowy Institute.

The first one is run by the respectable Council on Foreign Relations and the latter one is the site of a relatively new but highly-regarded Australian think tank.

That’s a rather difficult question to answer without a crystal ball! But, I suspect, there will be a greater focus on the strategic angle of geopolitics, particularly given the strategic importance of many of the conflicts now besieging us. 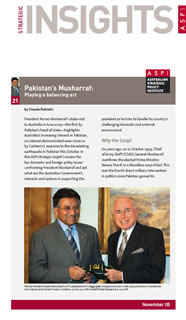 Given the many conflicts around the world, there will need to be more analysis done on the interaction and relationship between environmental conditions (desertification, climate change, environmental degradation, loss of farmland for crops, poor agricultural infrastructure, etc ) and conflict (ethnic, inter- and intra-state, religious, terrorism).

I believe these will be: rapid environmental change, global energy competition, the rise of China, and sustainable economic development in the Third World.