After three years working in community politics (directing electoral campaigns and urban ‘smart growth’ movements), he entered the Graduate School of Geography at Clark University, where he received his M.A. in 1994 and Ph.D. in 1996. He has been at Florida State University since 1997.

His publications include “The Social Construction of the Ocean” (Cambridge, 2001), “Managing the Infosphere: Governance, Technology, and Cultural Practice in Motion” (Temple, 2008), and “What Is a City? Rethinking the Urban after Hurricane Katrina” (Georgia, 2008), as well as the Prentice Hall People in Places documentary workbook series (2005/2006). He’s also the Reviews Editor of Political Geography.

At the risk of sounding precocious (or maybe just self-centred), I’ve always been intrigued by myself as a geopolitical subject.

When I was young, I was constantly reflecting on power dynamics and identity issues in my nuclear family (I was the youngest child…need I say more?), my extended family (what did it mean to be the child of a Czech immigrant who spoke no Czech?), my neighbourhood (I was one of the very few Jewish kids in a predominantly Catholic neighbourhood in a nation that was increasingly once again redefining itself as Protestant), my class status (I grew up upper-middle-class in an upper-class town, which gives one an unusual perspective on social stratification), and my place in the world at large (as an adolescent during the age of Reagan, I lived the bittersweet angst of a seemingly declining, but nonetheless defiant, hegemon).

Now that I’m in England, with almost every word I write I’m self-consciously deciding whether to type in British or American English. For me, that’s part of a continual geopolitical-performative process as I interpret the world and all of its norms and power dynamics, as well as my place within it.

But to answer your question more directly, I did my undergraduate degree at a university where there was a strong area studies tradition (especially in the humanities) but absolutely no Geography.

I recall flirting with various area studies majors, but being put off by the ways in which they assumed bounded units that then could be fetishised as ‘cultures.’ I knew that what I wanted was a perspective that recognised a continuum between these places’ apparent essences, their internal politics and development trajectories, and the ongoing identity and interpersonal struggles that were transpiring within.

For my undergraduate degree, I cobbled together an approach that met these criteria by fusing a Politics degree with a home-made Third World Studies major. But, in retrospect, what I was really doing was Critical Geopolitics. A few years later, when I came to Clark, I found the language for describing it as such.

Almost all of my research has been on spaces that are somehow ‘outside’ the normative space of state territory: the world-ocean, the universe of electronic communications, and the Arctic. Arguably, cities – my fourth major research area – fall into this category too.

These are areas where Geography (or Geopolitics) can make a unique contribution beyond that made by International Relations scholars because you can’t understand governance issues in these spaces unless you take their spatiality seriously, both because their geophysical materiality isn’t that of developable, boundable solid land and because they’re so clearly constituted through connections across borders.

I hope my most lasting contribution will be the way that I’ve reminded people that spaces that are outside state boundaries (or beyond the territorial control of individual states) are not simply the residual spaces constructed after state formation.

Externality is itself a social construction. You’d think that after Said, who said much the same thing about ‘other’ human spaces, as well as with the turn to more-than-human geographies, this would be accepted, at least within critical academia. All too often, however, non-populated, non-possessed spaces are written off as secondary spaces that one simply needs to cross, manage, or extract resources from.

If scholars in critical geopolitics bristle at the idea of Afghanistan or Somalia being described as ‘management problems’ we should be similarly offended when this perspective is applied to the ocean, the internet, or the Arctic.

I think any sentence that contains the words ‘power’ and ‘space’ would provide an acceptable definition of the field. I realize that this conceivably covers a lot of work by geographers who wouldn’t define themselves as political geographers, let alone as geopolitical scholars, as well as a lot of literature in the other social sciences and even the humanities. But that doesn’t bother me. I’m happy to borrow from other disciplines and I’d hope that the attitude would be reciprocated.

That’s a really tough question, not least because I want to problematize the implied limits of ‘geopolitical’ and ‘scientist’ (and ‘admire’ as well, since admiring one’s work is not the same as respecting the impact that one has had – or should be having – on the subdiscipline).

I have great admiration for people like David Harvey, Derek Gregory, and Stuart Elden, who take the time and effort (and have the ability) to write in so many registers to different audiences. (I recently saw “A Brief History of Neoliberalism” for sale in the Business section of the WHSmith at Heathrow, which I thought was really cool.)

I also admire some people who aren’t normally defined as political geographers but who continually remind their subdisciplines that what they’re studying is inherently (geo)political. Michael Brown and Don Mitchell stand out as examples here.

No book’s had a greater impact on me as I’ve sought to understand the dynamism of space and time while engaging everything from geophysical turbulence to state power to individual (and collective) formation and performance of identity, all amidst the structures (or structuration) of political economy. Plus, it’s got a great cover photo. 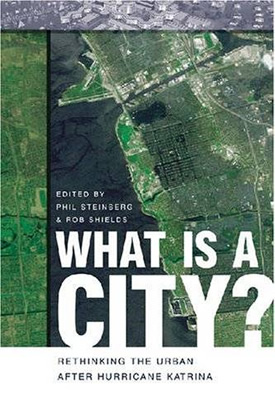 The guy who puts it together – Geoff Manaugh – is an architect with a strong geopolitical sensibility who posts fascinating essays on the literary-artistic imagination and futuristic urban and social design. If you’re one of those neurotic people who takes your laptop to bed with you, I suggest checking out this website just before you go to sleep. You’ll have some weird, but geopolitically provocative, dreams.

There are lots of possibilities, but I wouldn’t be surprised if a new focus emerges on international organization(s). Much of the International Relations work in this area is fairly dry and technical, but it would seem to be an area ripe for bringing together many of the issues that are ‘hot’ within geopolitics, including law, citizenship, territory, peace studies, borders, sovereignty, and non-state (including non-human) actors.

Another area is art. Geopolitical studies – like all social sciences – are famous for being good at analyzing problems but not so good at coming up with solutions. Freed from the same rigorous constraints, art (and here I’m including sound, performance, and textual/literary art as well as visual art) provides a means for expressing thoughts that perhaps can’t be ‘argued.’

I’d like to see more work on international legal instruments, from the conferences that spawn them, to the documents that codify them, to the institutions that implement them, to the norms that get reproduced in everyday state and individual practice.

If, as Deleuzian International Relations and Geopolitics scholars teach us, boundaries are constructed through their transcendence, and if, as actor-network theorists teach us, documents have more-than-human lives, then it seems to me that the discipline is ripe for spatial ethnographies of international legal instruments.

Climate change not only presents management challenges for states and the community of states; it also undermines the idea of stable space that provides a foundation for the modern ideology of territorial governance. Thus, climate change presents a challenge for geopolitical scholars and practitioners alike.