Dr Jo Sharp is Professor of Geography at the University of Glasgow. She did her undergraduate degree in Geography at the University of Cambridge in England, and obtained her Masters and PhD at Syracuse University (US). Professor Sharp’s research interests are mostly related to feminist, postcolonial, cultural and political geographies, with a special focus on Africa. One specific research area is the creation of popular geographical imaginations and knowledges, and the ways these are connected to everyday realities of identity and gender roles.

Although I don’t think it was actually labelled as geopolitics, I came across a number of related ideas when I took Graham Smith’s undergraduate classes on Political Geography and the Geography of the Soviet Union in the late 1980s.

When I went to Syracuse in 1990 to study for my Masters and PhD, John Agnew introduced me to geopolitics. At the same time, I took a class with Jim Duncan on postmodernism and so critical geopolitics addressed perfectly the ideas that were coming together through my coursework.

For my PhD I focused on popular geopolitics. At the time, critical geopolitics was only just emerging as an approach and the predominant focus was on the state and ‘intellectuals of statecraft’.

I had been influenced by both Gramscian and Foucaultian approaches and so wanted to think about the ideas that people drew upon in their understandings of the political world and how it worked. In particular I wanted to challenge the workings of ‘common sense’ forms of knowledge.

In the US, one voice that had been incredibly influential over the course of the 20th century in terms of explaining to Americans their place in the world, and thus the significance of things happening across the world to the US, was the magazine Reader’s Digest. My early work, including my book “Condensing the Cold War”, focused on this institution and the ways in which it constructed a sense of a dangerous world and the US’s responsibility in it, for the American people.

Other work includes contributions to developing a feminist geopolitics, to incorporate feminist political, theoretical and methodological challenges to critical geopolitics.

The genealogy of critical geopolitics as a form of knowledge has been exclusionary of feminist thought, and female scholars, even though it draws on themes (such as critiquing the distinction made between ‘outside’ and ‘domestic’ spaces) that feminists have worked on for some time.

While early critical geopolitics drew on IR theorists such as William Connolly, James Der Derian and Richard Ashley, the work of feminist scholars like Cynthia Enloe and Cynthia Webber was, I think, overlooked. Geopolitics – in its classical and critical forms – has conventionally been dominated by male theorists so it is gratifying to see so many excellent female and feminist scholars now engaging with the concept and taking it in new directions.

Methodologically, feminist geopolitics has sought to go beyond the textual analysis typical of much critical geopolitics in an attempt also to consider how the geopolitical is (re)made on and through individual bodies using qualitative field methods. Such accounts have to be politically situated and engaged, and are often highly political and passionate.

More recently, I have returned to geopolitics after a period of quite different work around postcolonialism and development in Africa.

What I am trying to do now is to think about what a postcolonial critical geopolitics might look like. Just as popular geopolitics displaced the site of knowledge production from the formal arena of the state to popular culture, so I want now to displace the agent of geopolitical knowledge from the North to include voices from the South.

I also think that the ways in which security and development are coming together in geopolitical and policy discourse is something that critical geopolitics needs to examine carefully. 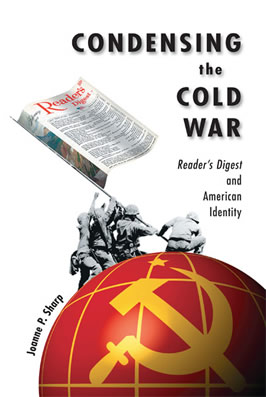 Oh, I think someone else should answer this question for me.

But, I suppose I would argue that my “Condensing the Cold War” book made a good case for the necessity of understanding the wider cultural context for the emergence of particular geopolitical themes, and I still think it’s quite unusual in that it presented a sustained and empirically rich analysis of geopolitical representations over a period of more than 70 years.

I’d also like to think I’ve helped to support a feminist presence in geopolitics.

I think trying to pin one definition on geopolitics is a bit problematic, but as an overall definition, I’d see it as an account which posits an (often) unproblematic use of geography as a causal or influential force in the shaping of international politics.

John Agnew was my PhD advisor and I have benefitted immeasurably from this. He is the most widely read, insightful and generous scholar I have met.

Sorry, but I can’t just give one!

It would be difficult not to mention both Simon Dalby’s “Creating the Second Cold War” and Gerard Ó Tuathail’s “Critical Geopolitics” as they provided the foundations for critical geopolitics. Simon’s book was particularly influential in the formulation of my PhD.

Cynthia Enloe’s “Bananas, Beaches and Bases” is a brilliant, accessible and passionate feminist account of international politics that inspired many feminist geopolitics including myself.

Edward Said’s “Orientalism”, although not labelled as such, was of course an incredibly powerful account of global geopolitics, and I think that Derek Gregory’s “Colonial Present” continues this tradition, including attempting to engage with a wider public. 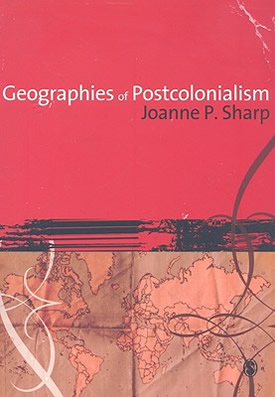 I don’t tend to use specifically geopolitical sites. I think because of my interest in popular geopolitics, I see geopolitics in so many different web pages (and other popular sources) – and in many cases, it is more interesting and revealing when it isn’t framed as geopolitics per se.

I think it is important to challenge the Western-centrism of much geopolitical (and critical geopolitical) representations of the world. The increasing influence of states such as China and India will make this all the more pressing a task.

Our scholarship has to be responsive to world events so it’s difficult to think too far ahead.

I think that there is still a lot of work that needs to be done in terms of bringing together feminist approaches which privilege the lived and embodied effects of geopolitical practice with critical geopolitical analysis of other scales.

I suspect in the long run, issues around the environment and poverty will become more prominent geopolitically.

Arne Westad: Restless Empire – China and the World since 1750