Dr John Morrissey is a political and cultural geographer at National University of Ireland, Galway, where he is Director of the Masters in Environment, Society and Development. Dr Morrissey did his undergraduate degree at Trinity College Dublin and his PhD at the University of Exeter. He has recently completed an MA in Academic Practice at NUI Galway’s Centre for Excellence in Learning and Teaching.

Dr Morrissey is the author of “Negotiating Colonialism” (RGS-IBG Historical Geography Research Group Series 2003) and co-author of “Key Concepts in Historical Geography” (Sage 2012). He was an Irish Research Council fellow in 2007/2008, which he spent at the Center for Place, Culture and Politics at CUNY Graduate Center, and in 2011 was nominated by the Fulbright Commission of Ireland as a Fulbright US Institute Scholar on US foreign policy.

For further information on the MA in Environment, Society and Development, which involves a critique of international development practice from the perspectives of critical geopolitics, political economy and political ecology, and a central field-based learning component that takes place in Bosnia and Herzegovina, please see this page about MA Geography of NUI Galway

It was during the mid-1990s as a student at Trinity, and while war in the Balkans raged, that I first became interested in geopolitics.

I guess this was the first time that I became acutely aware of the dreadful consequences of geopolitical statecraft. Naively appalled at the West’s response, I volunteered with the UNV in a shattered Bosnia in 1996. This turned out to be an early education in what counts in terms of western interventionism, and an instruction too in the spurious vagaries of the liberal urge.

I came to geopolitics from a postgraduate background in historical and cultural geography and postcolonial theory.

My graduate research was focused on imperialism and resistance in England’s first geopolitical imaginary, Ireland. I was interested in the geographical formulations driving imperial interventions and the emergent technologies of colonial governmentality that slowly took root.

I was interested too in Gaelic Ireland’s long struggle for auto-ethnography in the face of both material and discursive imperial violence and in theorising the complicated tactics of subaltern revolutionary resistance that emerged. A long way from contemporary geopolitics you might think! Sadly, not at all.

Today, as some of my own work has sought to illustrate (see selected references across), we see an influential assemblage of defense and strategic studies experts, particularly in the US, whose dominant national security discourse commonly posits aggressive geopolitics via the same reductive logics any student of imperial history is all too familiar with: the political and cultural registers of bringing civilization and enlightenment in the face of difference and threat; the (in)security register of executing necessary biopolitical violence in defeating and managing an irrational Other; and the universalist economic register of closing the (neo)liberal gap and enabling free markets.

All told, I suppose you could say my interests now lie in the intersection of contemporary geopolitics and imperialism and the challenge of not only critiquing the array of securitization practices they script but also rendering visible and insisting upon the human geographies of violence and conflict they produce.

I’m far too young to answer this question!

I have only really begun to add to what is (hearteningly) a growing body of critical accounts of contemporary geopolitics. My own focus has been on the geopolitical, geoeconomic and biopolitical tactics of United States Central Command in the Middle East.

Maybe the most important contribution I’ve made so far is as a committed teacher over the last 10 years. I have always truly loved to pique and inspire my students to think and act critically about issues of geopolitics and its broad array of interventionary practices.

In Henri Lefebvre’s “The Production of Space”, I think we get a helpful theorising of the instrumentality of geographical knowledge that is akin to critical poststructuralist, feminist and postcolonial accounts of geopolitics.

For Lefebvre (1991: 415), “[c]ollusion between ‘knowledge’ and ‘power’ must be forcefully exposed, as must the purposes to which bureaucracy bends knowledge’s specialization”, because when “institutional (academic) knowledge sets itself up above lived experience” it is then that “catastrophe is in the offing”.

Addressing this catastrophe has in various ways, I think, been the project of critical geopolitics, feminist geopolitics and more broadly postcolonial geography; all of which I have been informed by in my own thinking and writing.

Collectively, work from these divergent yet in many ways complementary positions has served to not only interrogate the discursive production and operation of contemporary geopolitics, but also to proffer critical accounts of interventionary modalities of power that insist upon human geography and the materiality and corporeality of global space.

I admire greatly the writing and public intellectual work of the late Edward Said. His work has been especially formative in my own thinking about questions of imperialism, knowledge and the production of space.

I have benefitted hugely too from an array of critical interventions from a range of writers such as Judith Butler, Dan Clayton, Simon Dalby, Derek Gregory, David Harvey, Jennifer Hyndman, Naomi Klein, Neil Smith, Gerard Toal and Robert Young.

I use “The Geopolitics Reader” (Routledge, 2nd edition) quite a bit with my students – it’s a great book.

Books that have been particularly helpful for me personally in thinking about geopolitics and imperialism include:

I really like this website! I think it’s an important pedagogic resource that will hopefully also increasingly connect critical geopolitical concerns of the academy to a broader constituency.

Other sites that I would fairly regularly use to inform and challenge my own understanding and those of my students include:

In what direction(s) will geopolitical science be heading in the coming decades?

I think we need to remind ourselves often that the academic study of geopolitics will continue to be dominated by the disciplines of international relations and strategic studies, which sadly dwarf critical political geography.

The abstracted and dangerous geopolitical formulations of these disciplines, along with their obvious links to defense and state departments worldwide, will need to be increasingly challenged if a broad assemblage of critical geopolitical accounts is to have an impact on public and political debate.

I think this is imperative if we are to effectively challenge the incessantly scripted interventionary practices and governmentalities of what Foucault called our ‘society of security’.

A persistent lacuna in the historiography of geopolitics, I think, is the commonly absent narrative of the subaltern, those marginalised and those rendered invisible by contemporary imperial ‘regimes of truth’.

As helpful as many critical geopolitical contributions have been, for a variety of probably mostly methodological reasons (such as language, sources and the old postcolonial questions of where we write from and for whom) sufficient accounts have not been generated of the agency and practices of resistance and alternative articulations of politics, culture and economy.

Challenging US imperial geopolitics will no doubt remain an onerous task, especially as we begin to witness more and more malleable discourses of interventionism that proficiently speak the language of international development and environmental, economic and humanitarian securitization.

The recent initiation of the new US military command for Africa, AFRICOM, explicitly divulges this broadened remit of US interventionism overseas, and this trend will no doubt continue in the face of dwindling energy assets worldwide and the threat of global climate change.

I think a key challenge for critical academics of geopolitics is to do two things. First, as others have argued, we need to increasingly write and speak outside of the academy for a more broadly-constituted public. Articulating critique only for the academy allows the apologists of empire of our time to dominate much more prominent and influential forums of knowledge production.

The second thing I think we need to do is to think a lot more about alternatives to the hegemonic and elitist conceptions of geopolitics, international relations and interventionary violence that blight our world. To this end, a key challenge will always be the very difficult task of allowing the subaltern to speak, building alliances and mobilising strategically essentialist arguments that will be heard and can begin to scale upwards from communities, social movements and civil society.

We need to move beyond critique, in other words, and I think a more politicized geography can especially build upon a strong and inspiring tradition of feminist geopolitics that seeks precisely to do so. 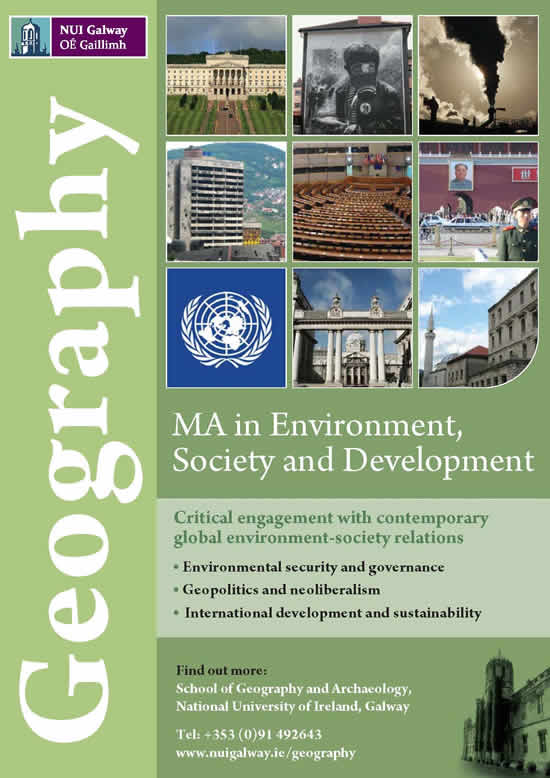 Pierre Verluise: Geopolitics of the EU Borders – Enlargement, how far?