O. Arne Westad is one of the world’s foremost experts on both the Cold War and contemporary East Asian history, having won the Bancroft Prize, the Michael Harrington Award and the Akira Iriye International History Book Award for his seminal book The Global Cold War. A Professor of International History at the London School of Economics, he is also director of LSE IDEAS, a centre for the study of international affairs, diplomacy and grand strategy. His latest book, “Restless Empire: China and the World Since 1750” has been named among the best for 2012 by the Financial Times and The Guardian. For more information, please check the website of the book.

How does your new book distinguish itself from the many other books about China?

“Restless Empire” is the first international history of China over the past 250 years. It attempts a China-focused form of history; this is the story of how Chinese have seen their own role’s in international affairs, not only how others have viewed China and the Chinese.

In 1750 the Qing empire was at the height of its power. Since then China has gone through tremendous change economically, socially and politically. The book tries to catch the international implications of these changes in China, stressing not only state dissolution and decline, but also how Chinese have helped form these changes and the opportunities that have arisen from them.

China’s Selves and Others

What are currently the most popular national self images in China?

The images Chinese have of their own society are very diverse and sometimes contradictory. One the one hand there is what is sometimes called a ‘victim mentality’ – the sense that China has been exploited in the past and that the Chinese have to be on their guard so that this does not happen again. On the other hand there is an impression that China has indeed risen, and that the country is on its way back to a position of power and prominence internationally.

Why do you argue that ”the concept of China has been so durable [because among other reasons] it is so amorphous and so contentious”?

There has always been uncertainty among Chinese about what China is. Is it first and foremost a culture, in which the written language is the key? Is it all the territory that was conquered by the last dynasty? Or is it, today, something that is developing in the direction of becoming a modern nation state? These questions remain central to the debate in China today, and makes many Chinese concentrate on debating the ‘meaning’ of their identity.

What do you mean by “the boundaries between China and rest of the world are…not always clear”?

In form, China is an empire rather than a nation state. The borders of this empire has shifted over a very long time. Parts of what is now China has been outside the empire in the past (for instance Tibet and Xinjiang) and some areas now outside China have been within it (for instance Mongolia).

What are the main aspects of China’s contemporary foreign policy?

The preoccupation with becoming the central power in the eastern Asian region and the need for a reasonably stable international environment in which to continue its economic growth.

What is the impact of China’s history since 1750 on its foreign policy and perspective on the world?

I am preoccupied with two aspects of this heritage: The concentration on its role in eastern Asia as a region and the belief that China has been treated very unjustly by the great powers (Britain, Japan, the United States) since the mid-19th century.

Which elements in representations of the Self (i.e. China) and the Other (here: Japan) explain the strong anti-Japanese sentiments in China?

The current conflicts all come out of the past. Many Chinese are furious with Japan simply because it is seen as attempting to replace China from its rightful position as Number 1 within the region. This is less about islands in the East China Sea or even about World War II than one should think. It goes deeper than that.

The Future of China 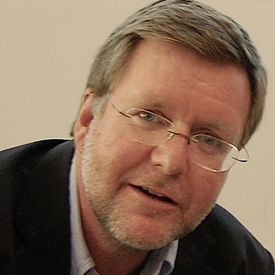 Which underlying “currents and fault lines” in China’s society will be decisive for its future development?

The big question is whether it can achieve a gradual rise in power within eastern Asia without war with other powers. One fault line which will determine this is whether Chinese nationalism can be kept within bounds. Another related issue is whether the Communist Party will be willing to accept more responsible forms of government before it is too late.

What do you consider the most likely scenarios for China’s future regarding economic growth, its relationship with the US and East Asian maritime conflicts?

I remain an optimist. China’s main interests are closely connected to some form of collaborative relationship with the United States and to preserving peace within its region. I am hopeful that the rise of China will also mean its taking on of responsible positions in regional and world affairs.

Arne Westad: Restless Empire – China and the World since 1750
Tagged on: Westad-Arne