Dr. C. Dale Walton is an Associate Professor of International Relations at Lindenwood University in St. Charles (Missouri, US). A US citizen, his previous career experience includes teaching International Relations at the University of Reading (UK) from 2007-12, serving on the faculty of the Defense and Strategic Studies Department at Missouri State University from 2001-07, and working as a Senior Analyst with the National Institute for Public Policy. As a PhD student at the University of Hull (UK), he was an H.B. Earhart Fellow.

Dr. Walton is the author of three books:

In addition, he has published more than seventy chapters, scholarly articles, and book reviews.

Dr. Walton’s research interests include strategic relationships and security problems in Asia, geopolitics and the changing geostrategic environment, U.S. military and strategic history, and the influence of religious and ideological beliefs on strategic behavior.

I first encountered geopolitical theory early in my postgraduate studies, when I was about 22 years old. My master’s program included a course on geopolitics taught, very dynamically, by Professor J.D. Crouch. I found geopolitics fascinating largely because it demanded that one step back from the fine details of current policy debates and consider the truly big picture—the role of human and physical geography in shaping strategic behavior.

That’s a perspective that is vital when tackling the truly big questions about human history, such as how polities are born, why they prosper, and why they die. Such questions must be asked and—and, albeit perhaps imperfectly—answered if one is going to be discern general principles about human strategic behavior from the thousands of years of history that are available for our study.

The core of my own particular interest essentially is the breakdown of Sir Halford Mackinder’s Columbian Epoch and its long-term impact, in which I am acutely interested because I believe it to be the most significant geopolitical development in centuries. Mackinder, writing in the early twentieth century, believed that the Epoch was coming to an end in his own day. I think that Mackinder’s view was very insightful, but that, for a variety of technological and other reasons, his timing was off and that, instead, the Epoch entered a long period of decay.

The strategic history of the twentieth century is the story of this breakdown. First, there was collapse of the multipolar great power system centered geographically in Europe and its replacement by a bipolar system in which the two superpowers, one North American and the other Eastern European and Asian, competed to play a hegemonic role in the former center of global power—Western and Central Europe. This bipolar system in turn was replaced by a unipolar one in which Western and Central Europe was no longer the object of geopolitical competition.

I regard the collapse of the Soviet Union as the end of the Columbian Epoch. We now are early in a new, Post-Columbian cycle, with the development of several great powers in what I prefer to call Eastern Eurasia (essentially, what generally is described as Eastern, Southeastern, and Southern Asia, as well as the Australian continent, New Zealand, and much of Siberia). As this multipolar system matures, Eastern Eurasia is solidifying as the geographical center of global power for numerous decades, if not centuries.

My book “The Geopolitics of the Great Powers: Multipolarity and the Revolution in Strategic Perspective”, as it both describes the process addressed in the previous question and details why I believe it to be so important.

I believe that geopolitics should be viewed holistically. As noted above, physical geography is an inescapable part of this definition—this includes topography, climate, the distribution of resources, and so forth. One should not, however, ignore human geography, including how the earth’s population is distributed, the cultural and religious characteristics of self-identified tribes, nations, or other socio-political units, the cultural divisions within delineated states, and the influence of these human factors on economic matters. Finally, the prevailing technology of a given time should be considered, as this is both the outgrowth of physical and political geography and, in turn, shapes how humans interact with the physical world.

In regard to this question, I must declare an interest, as Professor Colin S. Gray has been a personal friend for close to two decades now, serving as my PhD supervisor and otherwise acting as a mentor. Having said that, however, I think that he played a critical role in revitalizing what often is called ‘Classical Geopolitics.’

Works that he authored such as “The Geopolitics of Superpower” (University Press of Kentucky, 1988) demonstrated how geopolitical thinking still was relevant despite the technological advances of the twentieth century, in particular the development of long-range ballistic missiles equipped with nuclear warheads, and he continues to publish an extraordinary variety of scholarly works.

Of his more recent writing, I particularly would point to “The Strategy Bridge” (Oxford University Press, 2011), which is not a work of geopolitical theory per se, but certainly is informed by a deep understanding of the centrality of geography in human strategic behavior.

While there are many contenders for this title, I would say that it is Nicolas Spykman’s “America’s Strategy and World Politics” (Harcourt, Brace, 1942), a remarkable book. First, it took Sir Halford Mackinder’s geopolitical insights and critiqued and built on them in an extraordinarily useful way. Second, even though Spykman was writing relatively early in the Second World War, he has a very forward-thinking perspective, looking beyond the conflict itself and toward the world that would emerge once it ended.

Some of the best websites for good, accessible material on geopolitical issues are, unsurprisingly, published by magazines and journals addressing strategic affairs. These include the websites of Foreign Policy, World Affairs, World Politics Review, The National Interest and The American Interest.

From the latter source, I particularly would highlight Walter Russell Mead’s blog, Via Media, an excellent example of the policy blog as a means to communicate ideas to an informed audience—opinionated but thoughtful, well-written, and very wide-ranging. 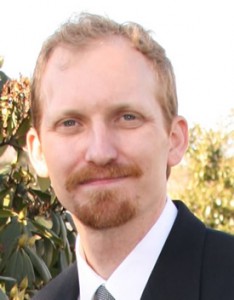 I suspect that the major geopolitical project for classical geopoliticians will be describing in detail the characteristics and functioning of the multipolar world of the Post-Columbian Epoch. This will be an exceptionally challenging task, for it will not suffice only to look to the multipolar systems of the past. Although history is the most vital resource available to the geopolitical theorist, the context of the emerging multipolar system is radically different, both geographically and technologically, from that prevailing in any previous era.

The Columbian Epoch saw the development, over the course of many years, of truly global politics and economics, but the core of this global system was located in a relatively small part of the earth, Western and Central Europe. Now that core is shifting to a different, and enormously larger, geographical area which contains the majority of the world’s population and an enormous diversity of culture. Moreover, this is occurring at a time when numerous technologies are still very far from maturity, including robotics, nanotechnology, and biotechnology/genetics. These factors together create an environment with enormous promise for the future of humanity, but also one in which it is all too easy to imagine horrific disaster.

I consider technological factors to be critically important to understanding the geopolitics of a given era. The great geopoliticians always have emphasized this fact—Mackinder’s Columbian Epoch, after all, was shaped profoundly by the development of robust ocean-going vessels and sophisticated navigational techniques—but there has been relatively little work addressing the sort of cutting-edge technologies mentioned above.

Very important things are happening in the world’s research laboratories, and discussions of the geopolitics of the twenty-first century should not ignore this fact. This is inconvenient for geopolitical theorists. It is, for example, impossible to predict reliably precisely how great the ultimate potential is for the development of artificial intelligence (AI), but it is obvious that a world with very robust AI is quite different from one in which AI hits a technological “wall” and never develops much beyond where it is today. Yet, when discussing the possible future of global politics, we must consider both of these possibilities.

Simply stated, it is to avoid the horrors of the twentieth century—in particular, great power war on a massive scale. This is something that virtually everyone agrees is enormously desirable, of course, but actually achieving this goal—given the human propensity for error, combined with the strategic instability inherent in a global political system that is changing as profoundly as ours is—unfortunately may prove difficult.

Thus, we must focus on this goal with tenacity, refusing to surrender to the tendency to ignore problematic developments or engage in wishful thinking. In this regard, I would compare the task at hand to that faced by American policymakers in the early years of the Cold War. However, rather than facing the difficult but comparatively straightforward task of containing the power of a single aggressive superpower, policymakers from all the major powers must consider how to balance their own national interests and aspirations with the need to develop and maintain a great power system that is reasonably healthy, insofar as all the major players feel reasonably secure and none are inclined to military aggression or are willing to take the sort of risks that resulted in the calamity of July-August 1914.

Andrea Teti: Geopolitical Review 2012 – The Arab Spring in Egypt: From Uprising to Revolution?