His research interests include Southeast Asia’s relations with China and the United States, maritime security in the Asia Pacific, and China’s foreign and defence policies. He has a particular interest in the South China Sea dispute.

Dr Storey has published articles in various journals and magazines and is a regular contributor to the Jamestown Foundation’s China Brief and Singapore’s largest circulation English-language newspaper The Straits Times.

This is the second part of the interview about his new book “Southeast Asia and the Rise of China: The Search for Security”. The first part is: Ian Storey: China, ASEAN, bilateral relations, maritime boundary claims, diaspora

What kind of strategies has China pursued to address negative perceptions among South East Asian countries and what have been their effects?

In the early 2000s China launched a diplomatic “charm offensive” in Southeast Asia. It was designed to assuage regional concerns associated with China’s rising economic, political and military power.

Primarily its purpose was to deliver two key messages to Southeast Asian governments: first, that China’s economic growth was the rising tide that lifted all boats and therefore contributed to regional peace and prosperity; second, that China was a benign power that did not pose a strategic threat to its neighbours even as its military capabilities grew stronger.

China’s leaders have argued that the PRC will continue to rely on the forces of globalization to achieve its economic development goals, eschewing territorial expansion or hegemony. To underscore its benign intentions China proposed a free trade agreement with ASEAN in 2000, agreed to the Declaration on the Conduct of Parties in the South China Sea in 2002 and acceded to ASEAN’s Treaty of Amity and Cooperation in 2003.

The “charm offensive” generated a huge amount of goodwill in Southeast Asia in the 2000s, especially as Chinese leaders gave ASEAN a lot of “face”. However, as tensions began to rise in the South China Sea between 2007 and 2011, some of this goodwill was drained away.

What is China’s twin policy of ‘reassurance and expansion’ regarding the disputed islands and waters in the South China Sea?

China’s policy in the South China Sea has been very consistent since the end of the Cold War.

On the one hand it seeks to reassure regional states that it is committed to a peaceful resolution of the dispute. On the other hand, however, it is determined to uphold and strengthen its sovereignty claims, and increase its military presence in the South China Sea.

This policy has been described by some Southeast Asian leaders as “talk and take”.

What are the ‘policies of engagement and hedging’ that South East Asian countries have pursued towards China and what have been their results? 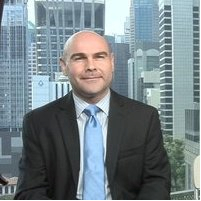 The majority of Southeast Asian states have been pursuing a dual policy of engagement and hedging with the PRC since the early 1990s.

In the ASEAN context engagement is conceived as the institutionalization of relations with China through a regular process of diplomatic dialogue, the purpose of which is to “socialize” the PRC into accepting regional norms of behaviour ―such as peaceful resolution of disputes and the non-use of force to resolve interstate problems— enshrined in such instruments as the 1967 Bangkok Declaration and the 1976 Treaty of Amity and Cooperation.

Complimenting the socialization process, engagement would accelerate China’s transformation into a regional stakeholder by facilitating its integration into the established order, thereby removing any incentive for it to engage in disruptive behaviour or challenge the status quo.

To supplement the policy of engagement, some Southeast Asian countries also chose to hedge. Hedging acknowledges that in an uncertain strategic environment, the United States’ military presence underpins regional stability by acting as a counterweight to a rising China.

By hedging, the ASEAN states could keep their strategic options open against the possibility of a future security threat from the PRC. Many Southeast Asian states actively faciliate the US military presence through both formal and informal arrangements, including regular ship visits and training and exercises.

Engagement/hedging is seen as a long-term process. Southeast Asian elites are generally satisfied with the results thus far though they recognize the challenges ahead, especially as the strategic compeititon between the US and China sharpens.

Relations between China and the US

What is the role of the China-US relationship in South East Asia?

The role of the US-China relationship in Southeast Asia is critically important.

Southeast Asian leaders recognize that regional peace and prosperity rests on a stable balance of power between China and the US. Southeast Asians worst nightmare would be for the region to become a theatre of rivalry between Washington and Beijing.

ASEAN states not only want to see a stable and cordial relationship between the US and PRC but also want strong and cooperative relations with both America and China – they don’t want to be forced to chose sides.

What are the most likely scenarios for the China-US relationship in the 21st century?

Conflict between the two countries is not inevitable – there is too much at stake, especially given the growing interdependence of the two economies.

I think Sino-US relations in the 21st Century are likely to be characterized by a combination of cooperation and competition.

Hopefully Southeast Asian countries can successfully navigate the competition for primacy in the Asia-Pacific over the next few decades.