Dr Alun Jones was born in Cardiff, South Wales and is Professor of Geography at University College Dublin. He held senior positions at University College London and the University of Leicester, and visiting posts at the Universities of Cambridge, Oxford and Bonn. In 1990 he was awarded the Robert Schuman scholarship by the European Parliament, and in 2004-5 he was presented with the Edward Heath Award by the Royal Geographical Society and Institute of British Geographers for his contribution to research on EU governance. In 2006 he was made an Academician of the Learned Societies for the Social Sciences in the United Kingdom in recognition of his scholarship on the European Union and in 2011 was elected to the Royal Irish Academy.

My interest in geopolitics began as a schoolboy in the 1960s and stemmed from my fears (and those of my parents) of superpower rivalry and potential nuclear confrontation.

At University I was eager to explore the geographies of international relationships though there was little interest in this amongst my lecturers at that time.

Given events in southern Europe in the 1970s I became particularly interested in the nature of the European Union project as an alternative expression of international actorness.

Most of my work has focussed on the European Union especially the geographical tensions and interdependencies between nation-states and European supranational governance.

I have a particular interest in the ways in which the European Union’s relations with the wider world are undergoing dramatic reconfiguration, not least as a result of the various spatial constructions deployed by EU elites as justifications for geopolitical innovation and intervention. In this context, I have examined EU elite representations of the Mediterrean and the geopolitical fall out from these.

At the moment I am researching EU relations with Iceland post-financial meltdown, and am analysing how Icelandic elites use particular geographical tropes to secure negotiating advantages from ‘EU’rope.

This is difficult to answer and best for others to judge!

That said, I’m happy with the theoretically informed, empirically rich work I have done on Europeanization and the Mediterranean. The paper I wrote on this subject for Annals of the Association of American Geographers in 2006 has, I think, been generally well received.

Gerard Toal’s definition is the one I most cite whereby geopolitics “promises both a new degree of politicization to understandings of geography and a new degree of geographicalization to the study of global politics. It seeks to transgress boundaries and challenge what are held to be essential identities, whether they be imagined communities or inherited philosophical boundaries.”

There are a number of people whose work I enjoy reading. John Agnew’s work is always well researched and superbly written.

It’s difficult to evaluate one book against another. Put another way, I have a number of books that I am pleased I bought. John Agnew’s “Geopolitics: revisioning world politics” is one such.

This one is pretty good! 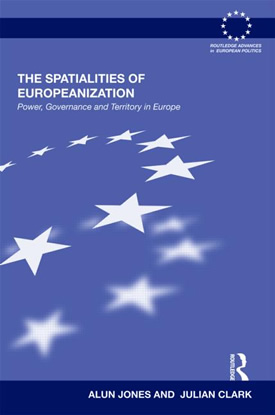 I am uncomfortable with the expression geopolitical science. Geopolitics researchers will, I hope, continue to provide rigorous assessments of the production of global space through practical and popular geopolitical discourse.

One area that comes immediately to mind is that of prenegotiation in international geopolitical relations.

In particular, there needs to be a critical appraisal of prenegotiation both as an integral stage of multi-levelled diplomatic activity, and as a set of discursive constructions and geopolitical practices which define the parameters of subsequent negotiation.

Pádraig Carmody: A Spectre is Haunting Europe – Ghost Geopolitics in Russia and Ukraine

Nathalène Reynolds: Pakistan and the West’s Construction of the Malala Yousafzai Phenomenon