Dr Alex Jeffrey is a Lecturer in Political Geography in the School of Geography, Politics, and Sociology at Newcastle University. Following doctoral study at Durham University supervised by Joe Painter and Luiza Bialasiewicz, his research has focused on the governance of post-conflict environments, particularly the former Yugoslavia, and the role of nongovernmental organizations in fostering democracy. Moreover, Dr Jeffrey has recently collaborated with Joe Painter on the book “Political Geography and Introduction to Space and Power” and with Anoop Nayak on the book “Geographical Thought”.

Currently, he is working on the book manuscript “The Improvised State: Sovereignty, Performance and Agency in Dayton Bosnia”, as part of the Royal Geographical Society Book Series. Since May 2011, Dr Jeffrey has been undertaking a two-year programme of research examining the public outreach initiatives of transitional justice programmes in Bosnia and Herzegovina, funded by the UK’s Economic and Social Research Council.

I came to geopolitics through geography.

My school geography teacher, Mr Burkhill, was a real maverick: he loved to challenge us and think beyond much of the spatial science models that formed the curriculum at the time.

I remember him drawing a stick man on the blackboard with numerous annotations to illustrate Yi-Fu Tuan’s sensory humanistic geography in Topophilia. Mr Burkhill presented geography not as a discipline that sat alongside others, but as a perspective that we should adopt to understand an uneven and unjust world.

It strikes me that much of the theoretical work in critical geopolitics share’s Mr. Burkill’s approach, by using a set of theoretical tools to uncover and unsettle stories about how the world works.

I have drawn most on the work of scholars of critical geopolitics, since much of my work has explored the international response to the Bosnian War.

I was introduced to issues in Bosnia Herzegovina during my undergraduate degree by a fellow student, Ellie Maxwell, who was working tirelessly in the late 1990s to raise funds for a reconciliation charity that worked in the northern Bosnian town of Brcko. Having worked in Bosnia for some time, Ellie used to lament about the international response to the Bosnian war, the shifting way in which the violence was labelled by Western governments. 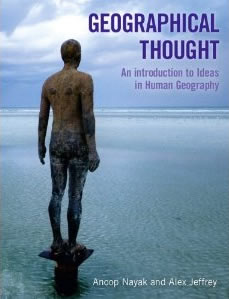 I am not sure I am best placed to answer this – I would hope I have written some interesting pieces on the relationship between geopolitical ideas and the development of civil society.

I also hope that the material I am writing on the Improvised State will contribute to work on geopolitics and the performance of statecraft.

I think it is probably Ó Tuathail and Agnew’s (1992: 190) definition of geopolitics as a “discursive practice, by which intellectuals of statecraft ‘spatialise’ international politics and represent it as a ‘world’ characterised by particular types of places, peoples and dramas.”

This is useful for a number of reasons.

First, it illustrates that geopolitics is a practice, something that is undertaken by active agents operating in a particular context. It literally brings the subject to life.

Second, it focuses on the global nature of geopolitical reasoning and practices and is suggestive of the range of spatial scales through which these ‘worldings’ operate.

Third (and perhaps most importantly) students seem to connect and understand this definition, so it is great to teach with.

There are too many to list: but I have been influenced greatly by the work of Gerard Toal, and more recently his magisterial work on Bosnia with Carl Dahlman.

Merje Kuus’s focus on the practice of intellectuals of statecraft has been very influential, in particular by illuminating the micro-geographies and allegiances through which bureaucracy takes place.

Nick Megoran’s recent work on nonviolence and normativity has been helpful in trying to think about the relationship between critical geopolitics and justice. I also owe Nick a great deal of thanks as it has been teaching geopolitics with him that has taught me most about the topic.

David Campbell’s “National Deconstruction” (1998) is a fantastic book – it is so theoretically nuanced that whenever I return to it I always learn something new.

I think the International Crisis Group have a fantastic range of resources for scholars of conflict in a range of places across the world. 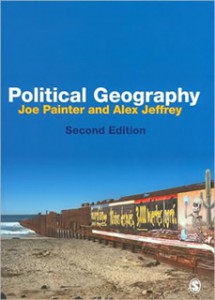 The study of geopolitics depends more than other intellectual areas on the political context from which it emerges, so I suppose the answer to this question depends on where the major areas of conflict and instability take place.

I would argue that transitional justice and the institutions of international criminal law require further consideration – they are challenging and reinforcing state sovereignty in interesting and uneven ways.

How the world adapts to the complete transformation of economic and political hierarchies as China assumes superpower status.