Dr David Giles is Reader in Media Psychology at The University of Winchester.He received his PhD in 1997 and has taught in a variety of UK Psychology departments since then. He has published 5 books, 4 as sole author, on psychology and the media and on conducting psychological research. His main current research interests are in the dynamics of interaction in online communities, particularly those concerning mental health, and on the relationship between audiences and media figures, particularly celebrities.

This book was intended as an update of a previous title of mine (‘Media Psychology’, LEA, 2003) although it was conceived as part of a series of texts covering different fields of psychology at a fairly simple level. There is a section on media influences on behaviour – the sort of thing normally called ‘media effects’ (e.g. reactions to screen violence), one on audience relationships with media (e.g. with celebrities), one on more indirect influences of media (news framing, children’s understanding of television), and one on ‘new media’ – a couple of brief chapters covering some of the recent research on social media, mobile phones and so on.

The broad question is: how do media influence human behaviour? It’s a very complex question because so much of the research has delivered so little. Millions of dollars have been committed to studies that apply impeccable scientific methods, but tell us nothing about ‘the media’ at all. 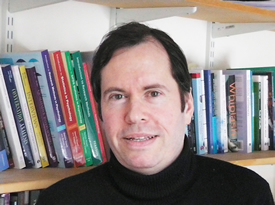 It’s a question of unpacking all the truth claims and sifting through the good and bad research. But the bad research is often not ‘bad’ in scientific terms, just in terms of the claims that are made on its behalf. I try to relate research findings to actual examples, but this is often difficult and in trying to apply the findings you only end up exposing the frailties of the research itself.

People need to be very selective when interpreting the findings of research into the ‘effects’ or influences of media on behaviour. Ethical constraints, and the demands of academia to publish large-scale quantitative studies often prevent psychologists from carrying out the kind of research that would directly address the questions we are interested in. Does watching a violent film make us more violent? We have to extrapolate a long way from the highly artificial ‘stimuli’, the one-off ‘exposure’, the very tame measure of ‘aggression’ used in the studies. Should we really be worried if watching a few minutes of bloodshed causes undergraduates to be a little more negative in their evaluations of others? 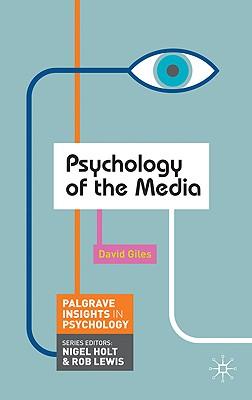 Until I wrote “Media Psychology” there was no book with the same title (although a few came close), and only recently have rival titles appeared. Generally these take a rather uncritical approach to the topic, presenting research findings as uncontested facts about the relationship between media and psychology. Actually students prefer that approach; they don’t like it when you start to over-complicate matters, but for me it’s very important that you don’t simply accept research at face value, and sometimes this requires you to pick apart the very nuts and bolts of the research materials. For example, one study played participants ‘pro-social’ pop songs in order to encourage them to donate to charity. But when you look at the lyrics to the songs they’d used, there’s nothing particularly pro-social about them, and certainly nothing that might promote philanthropic behaviour. OK, so the experiment ‘worked’. But did it really support the hypothesis?

I have been interested in the way people interact with media since my days as a freelance music journalist. As a psychology student I was amazed that media never figured on the syllabus. It seemed obvious to me that people were influenced, at least their worldviews were shaped by what they read in the paper or watched on TV. Then I discovered the Communication field (we don’t really do Communication in the UK) and found that a lot of the research was going on outside Psychology itself. I’m still struggling to interest psychologists in aspects of media but hopefully this book will inspire a few more to address some of the interesting questions.

Media is such a fast moving field that the most useful research is on topics that weren’t even thought of when I planned the book. Of course the really interesting stuff happening now is taking place online, or in the way that people interact with social media on/offline. But the research isn’t being done in Psychology, which still sees the Internet simply as an easy way to collect data (or as an unreliable source of information, particularly for students). However the Internet hasn’t killed off much of the ‘old’ media, and so most of the book’s themes are still pertinent. Celebrities haven’t disappeared – they’ve just got Twitter accounts instead. Does this mean we feel closer to them, or more important ourselves?

David Giles: Psychology of the Media
Tagged on: Giles-David

Gideon Biger: Palestine’s history and origin of the borders