Stuart Elden is Professor of Political Theory and Geography at the University of Warwick, and one of the editors of Environment and Planning D: Society and Space. “The Birth of Territory” is his fifth authored book, along with seven edited or co-edited collections. In 2013 he was awarded a Doctor of Letters degree for publications post-PhD, and elected as a Fellow of the British Academy.

He is currently working on:

The book provides a reading of Western political thought, from Greek myth and tragedy to the early eighteenth century. It examines the relation between place, power and politics in a range of different texts, in order to trace the emergence of the concept and practice of what we now call, somewhat unquestioningly, ‘territory’.

The book tries to examine different ways political thinkers and others have understood the relation between politics and geography, broadly understood. I argue that it is not helpful to assume that previous times and places thought in the same way as we do now, just with territories and boundaries in different places.

Rather, through close textual and contextualised readings I show how they understood the practices and concepts. Out of all of these, a recognisably modern concept of territory emerges. But it is a complicated and multi-faceted story.

There are several aspects to this. One is that I try to show that the concept of territory is not straight-forward, with complexities only coming from particular territorial arrangements or disagreements. I try to show that territory needs to be interrogated not just as a political and geographical concept, but as operating in different registers—especially economic, strategic, legal and technical.

Another emphasis is on the complicated interrelation of words, concepts and practices. For example, the Ancient Romans used, though very rarely, the word ‘territorium’, but it does not always make sense to translate this as ‘territory’.

Equally there are discussions of ideas and practical questions that are quite close to what we understand by territory, which they described with different concepts and words. So the book was informed by debates in the history of ideas—the German tradition of ‘Begriffsgeschichte’, the Cambridge school of political thought influenced by Quentin Skinner and J.G.A. Pocock, as well as Foucauldian genealogy.

One of the distinctive things is that over half the book is on the period that is generally known as the Middle Ages. I suggest that debates in medieval thought, especially the power of the church in relation to secular rulers, are crucial in shaping our modern understandings.

I put a lot of emphasis on legal texts, and especially fourteenth century re-readings of classical Roman law. And I suggest that in the seventeenth century, for the questions I was asking, Hobbes and Locke are not especially central. Rather I discuss German political theorists in some detail—Knichen, Althusius, Leibniz and Pufendorf.

There really isn’t another study like this for territory—if there was, then I would have done something else. It is a big book which aspired to do something similar to what Clarence Glacken did in “Traces on the Rhodian Shore”, or Edward Casey did in “The Fate of Place”.

I hope it provides a historical background to how we think about territory today—indeed I did a lot of work on this project before I wrote my previous book “Terror and Territory: The Spatial Extent of Sovereignty”. But as Foucault describes his work, “The Birth of Territory” is in some sense a history of the present.

I studied politics and history, did a PhD in political theory, taught politics, then had eleven years in geography, and now I’m back in a politics department. I’ve had visiting positions in all those disciplines, and in sociology and philosophy. All of these different interests fit into the book’s approach. And I suppose it also relates to my interest in travel, and different political-geographical arrangements across the world. 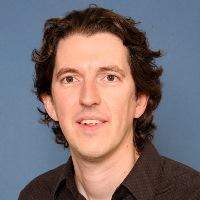 I hope that what I’ve provided is a map of the terrain of political thought. I bring some lesser known thinkers, periods and texts into the story, and give some indications of the complexities. So I hope it’s useful as a spur to work by others.

In particular, it would be interesting to see how non-Western traditions would fit, contradict, or supplement this story, though I suspect that they would end up being histories of different, though related, concepts to that of ‘territory’.

And in my own work, I’m still thinking of contemporary and conceptual questions around territory.

Stuart Elden: The Birth of Territory
Tagged on: Elden-Stuart

2 thoughts on “Stuart Elden: The Birth of Territory”