As editor-in-chief of MIT’s Technology Review, Jonathan Schlefer came to feel that when journalists write about political economy, they do a half-blind job of it. They do not see the intellectual terrain. Dr Schlefer got a PhD in political science at MIT. After spending two years at the National University of Mexico, he published Palace Politics: How the Ruling Party Brought Crisis to Mexico in English and Spanish. Now a researcher at Harvard Business School, he writes cases on political economy and an occasional blog for Harvard Business Review. He has contributed to The Atlantic and other publications.

Economic ideas matter. In the 1980s, the Democratic economist Paul Samuelson declared that unions and minimum-wage laws cause unemployment, while “a labor market characterized by perfectly flexible wages cannot underproduce or have involuntary unemployment.” With Democratic thought-leaders like him, how could the Reagan Revolution possibly fail? But it is far from clear that Samuelson was right.

In The Assumptions Economists Make I examine the fundamental sources of disputes about economic ideas, and I try to point the way to clearer answers. I wrote the book for general readers, but it has also been used in graduate and undergraduate classes.

What economists do when they aren’t telling everyone else what to think on cable news is to make simplified assumptions about our world, build imaginary economies based on those assumptions—otherwise known as models—and draw lessons. The rest of us do not think so differently, either. An economy is too complex to see completely; we all envision simplified models. Common sense is just a grab-bag of not always coherent models. 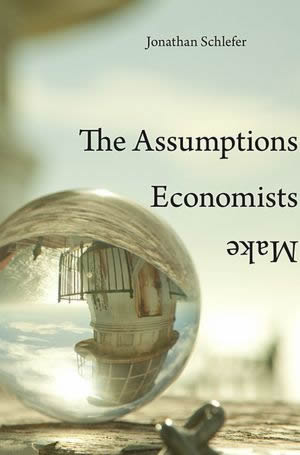 “Practical men, who believe themselves to be quite exempt from any intellectual influence,” Keynes wrote, “are usually the slaves of some defunct economist.” Defunct—and living— economists often express ideas more clearly than the supposed common sense that filters down. I cull writings of disputing economists to better understand our economic thinking.

I tried to read economists closely enough—yet compare them from sufficient distance—to see their fundamental assumptions and models. I read all the models I discuss in the original, with all the mathematical detail, but I explain them verbally. I include no equations.

Whether a model is sensible or crazy is not so easy to say. I compare how competing models explain some historical episodes—say, the post-World War II decades when most capitalist economies grew faster than ever before or sense. Which model is most consistent not only with the data but with how people and institutions acted and what they said?

I favor “structuralist” models. They take from Keynes the idea that capitalists’ “animal spirits”—and social institutions that shape them—must enter into determining investment and growth. They take from Ricardo the idea that the “habits and customs of the people”—a social agreement about fair recompense—must enter into determining how income is distributed. The point isn’t that pure markets would shape an unjust economy. It is that pure markets could not shape any economy whatsoever. Society must enter, for better or worse. 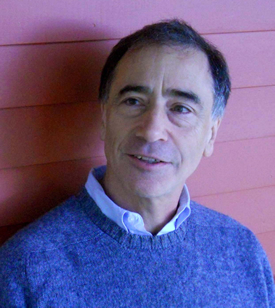 There isn’t much existing literature. Economists mostly compare “imperfect” variations on the same fundamental assumptions, not fundamentally different assumptions. Political scientists often compare fundamentally competing economic ideas, but it is rarely clear what precise economic models they have in mind. Robert Heilbroner’s Worldly Philosophers is a wonderful book about diverse economists, but I scrutinize their actual models in a way he does not. Reconstructing Macroeconomics (at an advanced level) and Maynard’s Revenge (at a simpler level) by Lance Taylor, with whom I studied, do explain fundamentally disputing models. In Assumptions, I explain models more simply, focusing more intently on their assumptions, their philosophical underpinnings, and how they might best be judged.

Writing it was an obsession of mine. As a political scientist and journalist who’s good at math (I did an undergraduate math major), I had the skills to write it.

There is enormous room for serious comparison of fundamentally competing economic models. Whether such work could get anyone tenure is another question.

One thought on “Jonathan Schlefer: The Assumptions Economists Make”